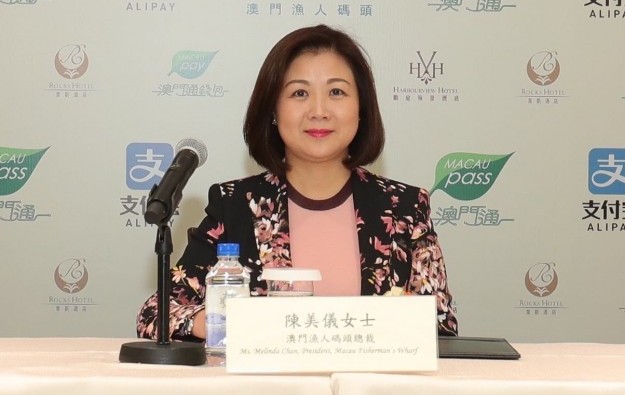 Hong Kong-listed Macau Legend Development Ltd says Melinda Chan Mei Yi (pictured in a file photo) will cease to be the company’s chief executive with effect from January 1, 2023. Li Chu Kwan, currently the firm’s chairman, will assume the CEO position from that date, according to a Thursday filing.

Mr Li, 46, has been an executive director of Macau Legend since December 2020, and chairman of the board since March 1 this year.

He has also been appointed as a member of the company’s remuneration committee in replacement of Ms Chan, with effect from December 15, stated the firm.

Ms Chan will remain as an executive director of the company. She will also take on the role of vice chairman starting January 1, being “responsible for assisting Mr Li in the overseas business development of the group”. The firm had previously announced investment projects in Cambodia, Cabo Verde, and Laos.

Macau Legend has business linked to two casinos in Macau – Landmark and Babylon, in its Macau Fisherman’s Wharf complex, near the Outer Harbour Ferry Terminal – under a partnership with Macau licensee SJM Holdings Ltd. Such business ties, no longer linked to casino promotion-related activities, are currently confirmed up to the end of the licensee’s existing concession, which runs to December 31 this year.

Macau Legend also announced that Mr Li’s father, Li Chi Keung, a substantial shareholder of the company, has been appointed as “chief consultant”, being “responsible to provide commercial and strategic advice and suggestions in the business and marketing development of the group”. He will assume his role from January 1 next year.

Macau Legend noted that having the junior Mr Li as chairman and CEO “deviates” from the Corporate Governance Code of the listing rules of the Hong Kong bourse. “However, the board considers that this structure will not impair the balance of power and authority between the board and the management of the company,” the firm stated.

Ms Chan had been appointed in March as Macau Legend’s CEO on an interim basis following the detention in January of her predecessor, Levo Chan Weng Lin. A court trial for Mr Chan, former boss of junket brand Tak Chun Group, and eight other defendants is currently in process.

Macau Legend had said in a filing subsequent to Mr Chan’s arrest that a review conducted by an independent consultant “did not note any irregularity” in the dealings between the company and Mr Chan or his related entities.

International casino operator Las Vegas Sands Corp has been ranked as the most sustainable firm in the global casino sector, according to the 2023 edition of the S&P Global Sustainability... END_OF_DOCUMENT_TOKEN_TO_BE_REPLACED