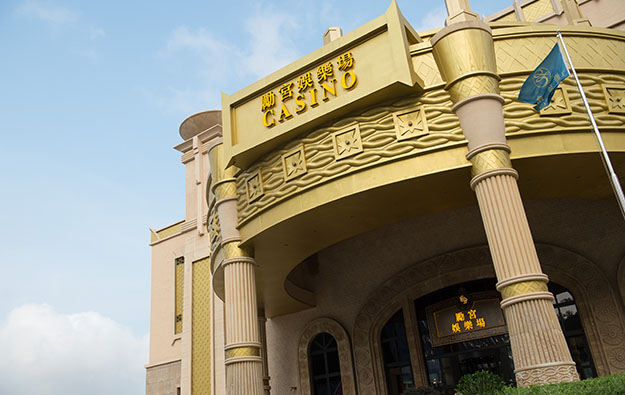 According to information gathered by GGRAsia, SJM Holdings took full control of both casino operations starting on June 27. The date refers to the beginning of an extension on the gaming concession for SJM Holdings and those of the other five Macau operators, that runs until December 31, after which time it is anticipated a new set of concessions will begin, following a public tender process that launched on July 29.

In June, it was announced that SJM Holdings would also take full control of another “casino satellite” – the one at the Grand Emperor Hotel, in downtown Macau – from June 27 to December 31, 2022. That was after the property’s promoter announcing it planned to cease gaming operations on June 26. The casino had been run until that date under a service agreement with SJM Holdings.

Macau’s revised gaming law – approved by the city’s Legislative Assembly in June – mandates that the city’s satellite casino promoters take on the form of “management companies”, and that they will not be able to share “revenue” from gaming operations. The permitted economic model for such a management arrangement is still to be clarified. Nonetheless, a three-year grace period for the switch to a management-company arrangement will be permitted.

Ms Chan also clarified to GGRAsia that SJM Holdings had not taken on responsibility for non-gaming at Macau Fisherman’s Wharf.

Those facilities “have always been operated and managed directly by Macau Fisherman’s Wharf: this has never changed,” stated Ms Chan. The company runs at that site the non-gaming tourism facilities at the Legend Palace Hotel, Harbourview Hotel, and the Rocks Hotel.

Macau Legend has been known as a promoter of some of Macau’s so-called satellite casinos, that respectively piggyback on the licence of one of the city’s concession holders. The firm has been associated also with the gaming operation at Landmark Casino, inside the New Orient Landmark Hotel, also on Macau peninsula.

In late June, outside the normal reporting time frame, Macau Legend filed a full-year 2021 net loss of just above HKD1.19 billion (US$151.6 million). It was a 39.1-percent narrowing compared to such loss in the prior-year period.

On Tuesday, Macau Legend announced one of its units had disposed via “the open market” of bank bonds with an aggregate principal of HKD200 million, realising about the same amount. The firm said the move was “in light of the market situation”. That was understood to be a reference to the depressed state of tourism to Macau amid repeated outbreaks of Covid-19 in the city itself and in its core source market, mainland China.

Levo Chan Weng Lin, former boss of Macau junket brand Tak Chun and a former chief executive of Macau Legend, was detained in Macau in January, on suspicion of illegal running of gambling operations and money laundering. He resigned from his Macau Legend role soon after.

In May, Macau Legend announced that a review conducted by an independent consultant “did not note any irregularity” in the dealings between the company and Mr Chan.