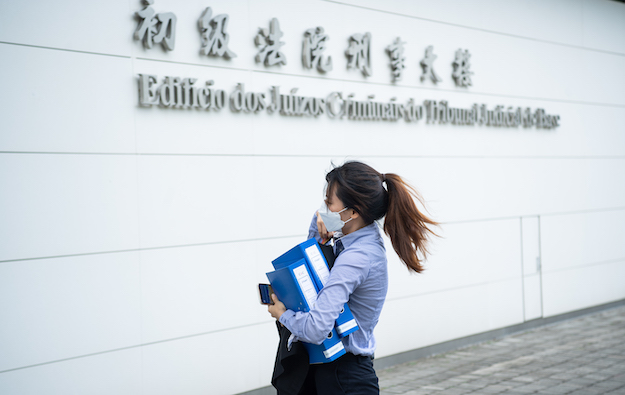 Such statements had been due to begin on November 21, but were put back, as the prosecution said it would amend the original indictment. Lawyers representing those indicted have also requested more time to prepare their closing statements.

Mr Chau and 20 other defendants face charges of illegal gaming, criminal association, fraud, and money laundering. Mr Chau is also charged with leading a criminal group. The original indictment had stated the junket business led by Mr Chau had for years run in Macau under-the-table betting for high rollers, known as the “multiplier”. Mr Chau has denied any wrongdoing.

In Thursday’s session at the Court of First Instance, a document produced by the prosecution indicated it was necessary to change some of the elements in the original indictment against the defendants. The scope of the alterations was not explained in public during the session.

Given the prosecution’s intention to amend part of the indictment, lawyers representing the defendants also requested an extra 20 days to prepare their respective closing arguments.

After consulting with her colleagues in the judicial panel, judge Lou said the start of the closing remarks would be delayed to November 29.

The first session of the trial took place on September 2, but the proceedings were adjourned to September 19, over the absence of a defendant.

The defendants are accused of running a criminal syndicate that allegedly cheated the Macau government out of about HKD8.26 billion (US$1.05 billion) in tax revenue from 2013 to 2021, according to a copy of the original indictment reviewed by GGRAsia.

All of the city’s casino concessionaires – except Melco Resorts and Entertainment Ltd – are complainants in the case, claiming millions of U.S. dollars from the defendants. The accuseds’ alleged multiplier scheme meant that the city’s casino operators could have lost as much as HKD2.28 billion in gaming revenue, according to calculations by the city’s casino regulator that were also included in the indictment.

The decision by the Macau government to grant fresh 10-year licences to each of the city’s six incumbent casino operators has been welcome by top management at those firms. Each of the concessions... END_OF_DOCUMENT_TOKEN_TO_BE_REPLACED