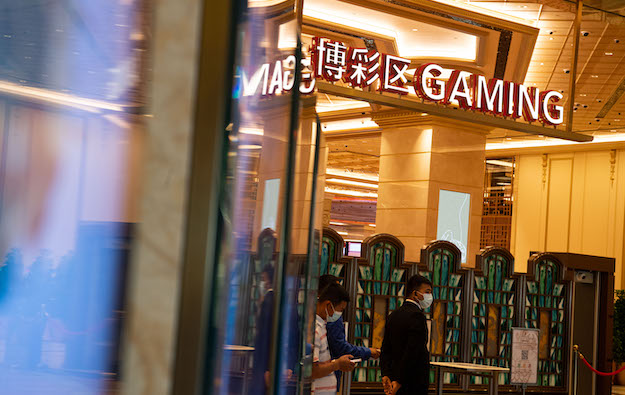 An equity-raising exercise and shareholder loan announced on Wednesday by SJM Holdings Ltd should be factors in helping the Macau casino operator cope with any “cash burn” for “at least the next 18 months,” said a Thursday note from Moody’s Investors Service Inc.

That was “even in a stress scenario where Macau’s gaming market fails to recover meaningfully from the current weak level,” stated memo authors Sean Hwang, Gloria Tsuen, and Keun Woo Park.

SJM Holdings additionally stated it launched that day a rights issue, aiming to raise net proceeds of circa HKD2.94 billion.

“The around HKD3 billion in additional equity will boost SJM Holdings’ financial buffer by trimming its reliance on debt to cover its cash burn,” stated Moody’s.

The ratings house estimates that post the transactions, SJM Holdings’ liquidity sources would by the end of September have increased by at least 45 percent, relative to the end of June.

In money terms that was to between HKD9.0 billion and HKD9.5 billion – including around HKD4 billion available for drawdown from its revolving credit facility – compared to HKD6.2-billion in liquidity resources at the end of June.

A Thursday memo from JP Morgan Securities (Asia Pacific) Ltd said however that prior to the Wednesday announcement from SJM Holdings, the market had been expecting the casino operator to gain access to HKD5-billion solely via an STDM shareholder loan, rather via a combination of debt and fresh equity.

Following the announcement of the debt and equity exercises, the share price of SJM Holdings fell by more than 12 percent by the close of trading on Thursday in Hong Kong. It was down a further 0.4 percent at midday trading on Friday.

On Monday, the casino firm reported a first-half net loss of nearly HKD2.76-billion, compared to a loss of HKD1.47-billion in the first six months of 2021. That was on revenue that declined by 20.9 percent year-on-year, to HKD4.13 billion.

The imminent return of package tours from mainland China will not only help boost Macau’s tourism businesses, but is also expected to help casinos gain more foot traffic in their mass gaming... END_OF_DOCUMENT_TOKEN_TO_BE_REPLACED