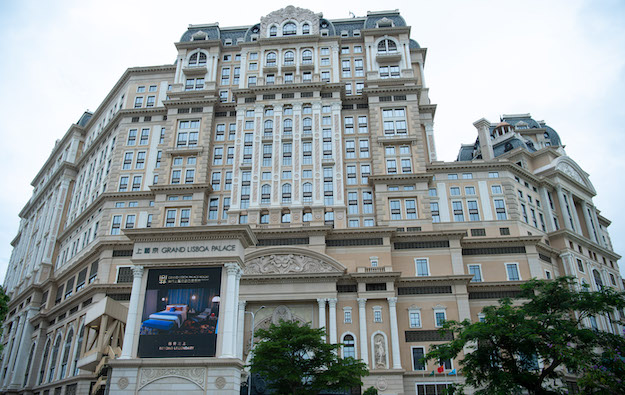 SJM Holdings said in a filing to the Hong Kong bourse that the loan from STDM “is for a fixed period of six years from the date of drawdown”, with “interest of 4 percent per annum.”

The casino operator said the loan was to allow the company to “invest in its principal subsidiary,” SJM Resorts SA, which holds the rights to one of Macau’s six gaming concessions.

The exercise was “part of the increase in share capital which SJM Resorts is required to have to pre-qualify for the tender process by which the Macau government may grant SJM Resorts a 10-year gaming concession commencing on 1 January 2023,” stated SJM Holdings.

According to Macau’s amended gaming law, a casino operator would have to set aside MOP5 billion (US$618.4 million) as a liquidity reserve as part of future concession arrangements. Such amount is part of requirements for any would-be bidder for a fresh public tender for Macau gaming rights.

The public tender for up to six, 10-year concessions in the city launched on July 29 and runs until September 14, 2022.

On Wednesday, SJM Holdings also said it launched a rights issue on the basis of one rights share for every four existing shares held on August 29, 2022, at a subscription price of HKD2.08 per rights share.

The company said it expects to raise net proceeds of nearly HKD2.94 billion. The subscription price represents a discount of approximately 29 percent to the theoretical ex-rights share price, it said.

“The company intends to apply approximately HKD2,700 million to fund the increase in SJM Resorts’ share capital and the balance for the general working capital of the group,” said SJM Holdings.

Under the rights issue exercise, STDM has agreed to take up its full entitlement – approximately 54.7 percent – and to apply for excess applications representing 50 percent of the maximum excess rights shares, said the casino firm. The remaining 50 percent will be underwritten by BNP Paribas Securities (Asia) Ltd, it added.

Daisy Ho Chiu Fung, chairman and executive director of SJM Holdings, said in prepared remarks: “Both the loan and the rights issue bolster the company’s balance sheet position and liquidity and will place SJM Resorts in a strong position to participate in the tender for new Macau gaming concessions later this year.”

She added: “STDM’s strong backing of the rights issue and provision of the loan demonstrates STDM’s and the company’s confidence in the long-term growth potential of Macau notwithstanding the current difficult operating conditions.”

JP Morgan Securities (Asia Pacific) Ltd said in a Thursday note that SJM Holdings’ announcement was “disappointing”, as the capital raised was comprised of debt and equity. That was “contrary to what was discussed on the earnings call two days ago, where [SJM Holdings] management told investors STDM would support the company with circa HKD5-billion loan and indirectly dismissed the possibility of an equity raise,” wrote analysts DS Kim.

The analyst said the rights issue was “probably worse than meets the eye,” as it comprised “a substantial 34 percent discount to the last [Wednesday] closing” of trading in Hong Kong.

“The theoretical ex-rights price of HKD2.93 is only 7 percent below the current price, but we think the knee-jerk reaction could be more significant given the level of discount and investor disappointment,” added the brokerage.

In June, SJM Holdings said that its refinancing of HKD19-billion in syndicated loans had been approved by the Macau government, and by the banks involved.

The company reported a first-half net loss of nearly HKD2.76-billion, compared to a loss of HKD1.47-billion in the first six months of 2021. That was on revenue that declined by 20.9 percent year-on-year, to HKD4.13 billion.

The imminent return of package tours from mainland China will not only help boost Macau’s tourism businesses, but is also expected to help casinos gain more foot traffic in their mass gaming... END_OF_DOCUMENT_TOKEN_TO_BE_REPLACED