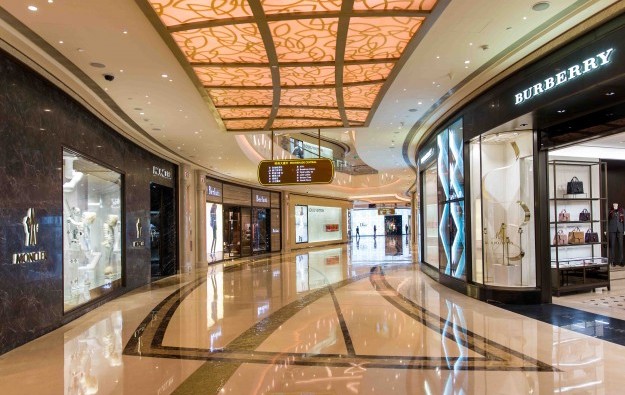 It makes that case in a Tuesday report that also reviews the gaming firm’s environmental, social and governance (ESG) commitments. The casino firm’s shopping mall operation (pictured) is at its Cotai flagship, Galaxy Macau.

Galaxy Entertainment’s gaming revenue could recover to pre-pandemic level in 2024, and expand to 118 percent of 2019 level in 2025, with a “vast majority” of the gaming revenue coming from the mass-market segment, said brokerage analysts Vitaly Umansky, Louis Li, and Shirley Yang.

Notwithstanding the current week-long pause of Macau’s casino resorts due to a community outbreak of Covid-19, and the patchy nature of recovery in tourism demand in the city, Galaxy Entertainment had been the only Macau gaming operator to see recently, a strong recovery in its retail mall business. This had helped it hedge some of the risks of “a constrained core gaming business”, suggested the brokerage.

“Over the past two years, some Chinese travellers sought out Macau as the only destination outside of mainland China available to travel [to] for luxury goods.”

Thanks in part to “Macau’s inherent duty free cost advantage and large-scale offerings”, Galaxy Entertainment’s shopping facilities had in particular, become “a key driver of [its] business,” the Bernstein analysts suggested.

Galaxy Entertainment had been viewed as a “significant” VIP gaming operator with approximately 50 percent of its GGR from the VIP segment in 2019, the immediate year before the onset of the pandemic.

The firm had now “successfully pivoted” from that previous business model, and had managed to maintain total GGR market share while increasing its mass market share over the past two years, suggested the brokerage.

“Galaxy managed to maintain 20 percent to 21 percent of overall GGR market share over the past two years,” though VIP business had “significantly shrunk”, with its mass-market share of Macau GGR “rising from 18 percent to 20 percent,” the Sanford Bernstein analysts wrote in their Tuesday memo.

Announcements in December 2021 by Macau casino operators that many junkets had ceased operations at their properties subsequently had an effect on GGR performance, according to a number of investment analysts.

Macau casino operator MGM China Holdings Ltd had a “record” market share in January, and its venues were the “highest-earning businesses” in the portfolio of the majority owner MGM Resorts... END_OF_DOCUMENT_TOKEN_TO_BE_REPLACED