Galaxy Phase 3 unlikely to open until at least 2023: GS 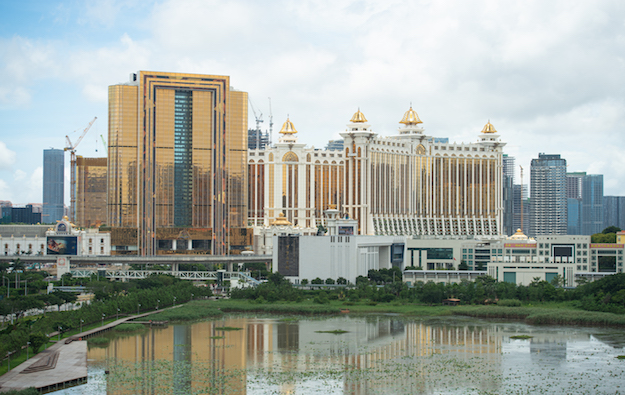 The opening of Phase 3 for the Galaxy Macau casino resort (pictured) in Cotai is unlikely “until at least 2023”, suggested Goldman Sachs (Asia) LLC in a Thursday note, following what it termed an “investor call” it hosted earlier this week with the property’s promoter, Galaxy Entertainment Group Ltd.

“With its hotel occupancy still hovering at about 30 percent as of late, they still appear cautious on cost controls,” added Goldman Sachs, referring to demand at Galaxy Macau’s five existing hotels.

“As the final fitting-out work and government approvals,’ for Phase 3 “may take another three months or so per management,” Goldman Sachs believed it was “unlikely” the project would be launched “until at least 2023,” added the analysts.

Galaxy Macau Phase 3 and Phase 4 combined, would provide approximately “3,000 high-end and family rooms and villas”, and a 16,000-seat, multipurpose arena. There would also be space for meetings, incentives, conferences and exhibitions (MICE) business, food and drink outlets, and shops, as well as casino facilities, according to commentary in the company’s interim results filed in August.

Construction of Galaxy Macau Phase 4 is “ongoing”, though the project faced “supply chain disruptions from time to time”, Goldman Sachs mentioned in its Thursday note, citing discussion with the casino operator.

The memo also mentioned Galaxy Entertainment’s view on the anticipated resumption soon of package tours from mainland China, and a return of electronically-issued exit permits for individual mainland travellers to visit Macau, including via China’s Individual Visit Scheme (IVS).

Goldman Sachs said the casino firm thought package tours would be the first to be restored,as they “would be more directly helping the local retailers and SMEs [small and medium-sized enterprises]“.

The financial institution forecast Macau visitor arrivals and daily casino GGR would respectively exceed “40,000” and “MOP300 million” (US$37.1 million), upon resumption of electronic IVS visas and package tours, either late this month, or in early November.

Goldman Sachs also cited Galaxy Entertainment’s hope that despite an absence of the junket VIP business, the casino group’s earnings before interest, taxation, depreciation and amortisation (EBITDA) could “fully return to pre-Covid levels in the longer term”, by reallocating hotel rooms and gaming tables from the junket VIP segement to the mass-market gambling segment.