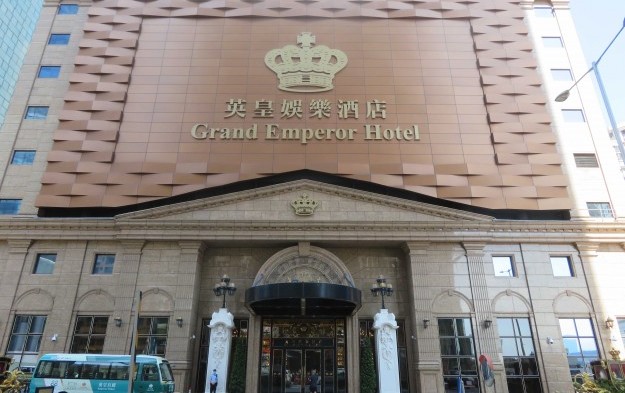 Casino operations have resumed on a satellite basis at the Grand Emperor Hotel (pictured) in downtown Macau after a six-month period of direct management by the concession holder SJM Resorts Ltd, a unit of Hong Kong-listed SJM Holdings Ltd. The deal is for a term of three years, starting from January 1 this year, according to a December 30 filing to the Hong Kong Stock Exchange.

The gaming restart as a satellite operation – to run until December 21, 2025 – is due to a deal between the historical gaming licence provider for the venue, SJM Resorts; and Tin Hou Ltd, a wholly-owned subsidiary of Emperor Entertainment Hotel Ltd. The latter in turn is approximately 71.63-percent owned by Emperor International Holdings Ltd.

The Emperor Entertainment Hotel’s management said in the filing it was in its “best interest” to strike the deal, so it could “fully utilise its assets and space in Grand Emperor Hotel”.

It added, referring to the discontinuation since the second half of December, of China’s ‘zero-Covid’ policy: “The reopening of Macau’s border and the lifting of quarantine requirement upon arrival will drive an increase in visitation to Macau, which is a catalyst to Macau’s gaming industry.”

Under the deal, Tin Hou will be entitled to get from SJM Resorts a percentage of monthly gross gaming revenue (GGR) from the casino operation, up to an annual cap to be adjusted over the course of the up-to-36 months of the deal.

Emperor Entertainment Hotel saw its net loss in the six months to September 30 rise by 85.4 percent year-on-year, to HKD155.7 million

From January 2026, promoters of Macau satellite casinos will not be able to share in a percentage of gaming revenue with the concessionaire providing the licence. Instead satellite promoters must constitute themselves as a ‘management company,’ and be entitled instead to negotiate a management fee, though the precise format for that – and the implementation – are still to be clarified.

New regulatory arrangements for satellites, including a law passed in December by Macau’s Legislative Assembly, included a three-year grace period for the changes to take effect.

Under the latest arrangement for Grand Emperor Hotel, the Tin Hou entity will be responsible for all operating costs and expenses including: management, decoration and renovation of the gaming area at the venue; providing gaming equipment in compliance with SJM Resorts’ standards; and staff salaries and expenses for the gaming floor.

The deal can be terminated early, by either party giving 21 days’ notice.

The filing noted that due to the outbreak of the Covid-19 pandemic in early 2020, the Emperor Entertainment Hotel group had “faced the most difficult time since its commencement of gaming business and incurred a loss for the first time in the six months ended 30 September 2020”.

Emperor Entertainment Hotel had decided “not to renew the service agreement with SJM upon its expiration on 26 June 2022, and instead, to receive a relatively steady monthly income from SJM [Resorts] for the provision of hotel rooms, catering and other ancillary services… for the period from 27 June 2022 to 31 December 2022,” during which the gaming operation in Grand Emperor Hotel had been run by SJM Resorts.

Some Macau casinos visited by GGRAsia on Thursday, actually had tables that were closed, notwithstanding strong consumer demand during Chinese New Year (CNY). The reasons for some tables being... END_OF_DOCUMENT_TOKEN_TO_BE_REPLACED