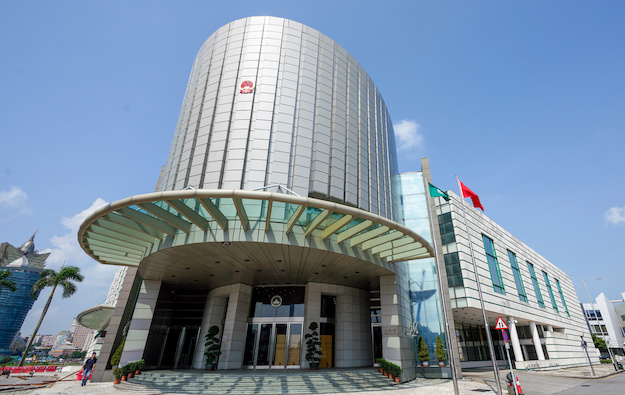 Macau’s Legislative Assembly gave on Thursday a second and final nod to a consolidating bill that regulates the licensing and activities of casino junket operators and what are termed “gaming management companies” in the city, a category of enterprise linked to so-called satellite casinos and distinct from the gaming concessionaires themselves.

The bill, called Regime for Exploitation of Games of Chance in Casinos, had a first reading in April and has since been scrutinised by a Legislative Assembly committee led by veteran legislator Chan Chak Mo. The draft has also undergone some revisions proposed specifically by the local government. The latter had flagged that enactment of the bill would be aligned with a new generation of casino concession contracts, featuring six new 10-year Macau licences, and due to start on January 1.

The Macau government has the authority to limit the scale of the Macau junket sector by capping annually the number of junket operators each Macau casino concessionaire is entitled to work with, the bill states. Such a cap will apply for any new applications for junket licences submitted after the law comes into effect.

Mr Chan’s scrutinising committee had suggested the scale of the local junket segment should be left to market forces. But the Macau government said the aim of the limit was to keep the gaming sector as a whole, “healthy”. The latter term is frequently used by the local authorities, and has in the past referred to a need to avoid too rapid expansion. The preference for a “healthy” situation specifically with regard to the junket segment was mentioned in a supplementary document concluding the opinions of the bill’s government proponents and of the legislators.

The bill states that individuals would no longer be licensable as junkets; only companies. The share capital of a junket firm should be no less than MOP10 million (US$1.25 million), and at least 50 percent of this capital has to be held by a Macau permanent resident aged 21 year or above.

Each Macau junket will be allowed to partner with a single gaming concessionaire, the bill says. The junket operators are allowed to earn commission for their gaming promotion service, but are banned from sharing casino revenue in “any form” with the casino concessionaire with which they work.

During Thursday’s final reading of the bill at the plenary session of the assembly, legislator José Pereira Coutinho asked whether the gaming sector would be consulted, should the government wish to change the current 1.25 percent cap on the rolling chip commission rate for junket business. Lei Wai Nong, Secretary for Economy and Finance, the official overseeing the gaming sector, responded that the government was “open” to receiving opinions on the topic.

Under Macau’s revised gaming law – approved by the city’s Legislative Assembly in June – the city’s satellite casino promoters can take on the form of “management companies”, Such entities would not be able to share revenue from gaming operations with their respective concessionaire partners, but there is a three-year grace period for the switch to a management-company arrangement, and thus a grace period also regarding revenue sharing.

The bill has also introduced a crime, called “illicit deposit”. Under its terms, casino concessionaires, junkets, or management companies, are all banned from receiving deposits from the public – in the form of chips, cash or other instruments – if they are not for the purposes of gambling. Anyone found to have breached this rule could face a prison sentence of between two and five years.

International casino operator Las Vegas Sands Corp has been ranked as the most sustainable firm in the global casino sector, according to the 2023 edition of the S&P Global Sustainability... END_OF_DOCUMENT_TOKEN_TO_BE_REPLACED