SJM pays US$2.7mln to take on gaming at Grand Emperor 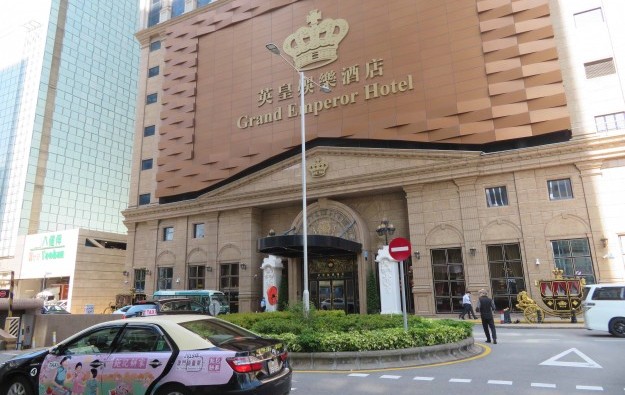 Macau casino operator SJM Holdings Ltd will “continue to run the gaming operation” at the Grand Emperor Hotel (pictured) from June 27 to December 31, 2022, with the property’s promoter receiving HKD21.0 million (US$2.7 million) in fees. That is according to a Wednesday filing from Hong Kong-listed Emperor Entertainment Hotel Ltd.

In April, Emperor Entertainment announced that the Grand Emperor Hotel, in downtown Macau, was to cease gaming operations on June 26. The casino is being run until that date under a service agreement with SJM Holdings, an arrangement commonly known locally as a “satellite” casino business.

In Wednesday’s filing, Emperor Entertainment said it had been negotiating since April “new arrangements” with SJM Holdings. Under the agreement now announced, Tin Hou Ltd, a subsidiary of Emperor Entertainment, will provide “hotel rooms, catering and ancillary services” to SJM Holdings, for the latter to run the gaming operation at the Grand Emperor Hotel.

Emperor Entertainment said the cap of all the fees payable by SJM Holdings to the group “is estimated to be not exceeding HKD21.0 million” for the period of June 27 to December 31, 2022.

Earlier this month, Emperor Entertainment said it expected to record a net loss in the range of HKD550 million to HKD750 million for the year ended March 31, 2022. That compares with a net loss of HKD224 million in the prior year period.

On Wednesday, another of Macau’s casino operators, Galaxy Entertainment Group Ltd, confirmed that the Rio Casino as well as the President Casino, satellite gaming venues located in the city’s downtown area, ceased operations on Wednesday, June 15.

In the latest version of Macau’s gaming law amendment – expected to undergo a final reading next week at the city’s Legislative Assembly – the government scrapped a prior proposal that the city’s satellite casino promoters should tie the ownership of their respective gaming floors to one of the next generation of gaming concessions.

Nonetheless, the planned legal update mandates that third-party entities in the form of “management companies” would be the designated runners of such satellite venues, and that they would not be able to share “revenue” from gaming operations.

Casino equipment supplier Sega Sammy Creation Inc said in a Friday release it was debuting its Genesis Crest 43J cabinet in Asia. The product will be available at an in-person trade show, G2E Asia:... END_OF_DOCUMENT_TOKEN_TO_BE_REPLACED