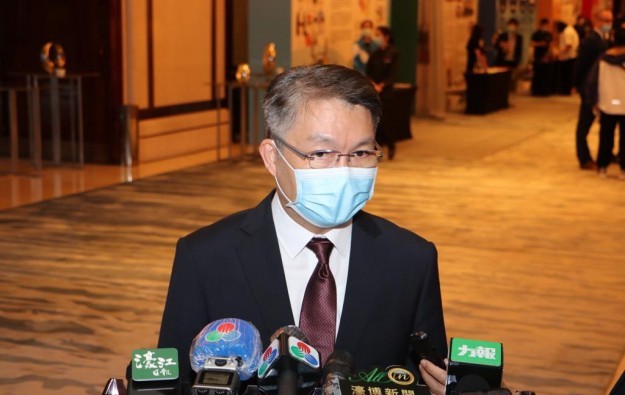 Macau’s Secretary for Economy and Finance, Lei Wai Nong, says he accepts the city is currently facing challenges, but added the local government remained committed to promoting the “healthy and sustainable development” of the gaming sector.

“We are currently in a very difficult situation,” Mr Lei (pictured in a file photo) told reporters on Monday. “If you don’t have confidence, how can [you do your] best and overcome the challenges?”

Mr Lei however admitted that the shutdown of Macau-licensed junket operator Sun City Gaming Promotion Co Ltd – the main gaming arm of Suncity Group in Macau – would have some negative influence on employment in the city.

The official did not elaborate on the magnitude of the potential impact; instead, he pledged that the government would continue to provide support to workers affected by the Suncity Group incident.

The effect of the Suncity Group affair on employment in Macau is unclear. Aside from its involvement in gaming operations, the group is also engaged in a number of other local industries via other units, from travel to restaurants.

The move came after Sun City Gaming Promotion announced to workers in an internal memo on Friday the “immediate termination” of business, following the detention in Macau of the group’s boss, Alvin Chau Cheok Wa, on November 27 on suspicion of organising illegal gambling for Chinese customers, including online gambling via the Philippines.

As of end-Monday, the special counter by the Labour Affairs Bureau had already received a total of 48 work-related complaints.

In his Monday comments, Mr Lei stressed that jobs of staff working in junket-promoted VIP rooms in the city – including table game dealers, supervisors and security guards – would not be affected by the termination of business by Suncity Group, as those workers were contractually linked to the respective casino operators.

But he added that in the case of workers in non-gaming positions directly employed by the junket operator – such as drivers or so-called ‘gaming hosts’ – the firm should “safeguard their labour rights”.

Questioned by reporters, Mr Lei gave no meaningful update regarding how Macau is preparing for June next year, when the rights of the six current casino operators are due to expire.

Mr Lei said that the government would then move ahead with a revision of Macau’s gaming law, previously described by the local authorities as a necessary preparatory step for the refreshment of the city’s casino gaming rights.

The Secretary for Administration and Justice, Cheong Weng Chon, said last week the government should only submit next year to Macau’s Legislative Assembly a proposal to revise the city’s gaming law.

Macau’s casino gross gaming revenue (GGR) for the first five days of February is estimated at MOP1.9 billion (US$235.1 million) – or MOP380 million per day – a level that suggests a “45... END_OF_DOCUMENT_TOKEN_TO_BE_REPLACED