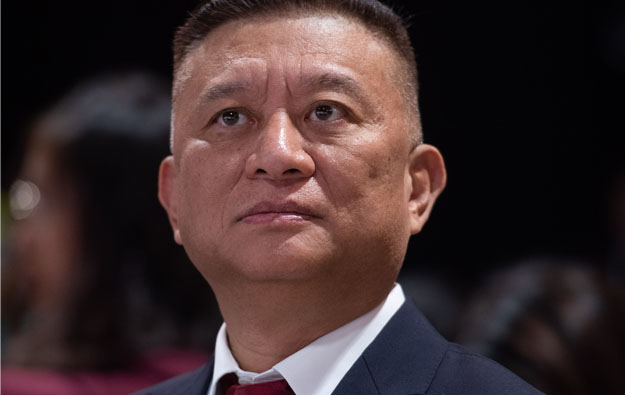 The role of chairman at Macau-based gaming equipment supplier and casino services firm Paradise Entertainment Ltd has been split into two, the company said in a Thursday filing to the Hong Kong Stock Exchange.

Founding chairman Jay Chun (pictured) has been redesignated a co-chairman, focusing on “leading the implementation of the operations of the group”. Zhang Jianjun, an individual said to have 25 years of business experience in fields in including investment banking and asset restructuring and management, will come in as a co-chairman and an executive director.

The change was effective from Thursday. Mr Chun will retain his roles as managing director and executive director of Paradise Entertainment.

The firm said Mr Zhang did not have a service contract with Paradise Entertainment. But it stated he had “accumulated extensive and solid operational and management experience in various business fields which will help promote the group’s businesses as well as identify and explore business opportunities to achieve new breakthroughs of the group”.

He has previously been managing director of the investment banking department of the Beijing branch at Haitong Securities Co Ltd, according to the announcement. Mr Zhang will be entitled to an annual fee of HKD240,000 (US$30,785) as a Paradise Entertainment director.

In August, Paradise Entertainment said in a filing that its interim loss to June 30 had risen more than fourfold year-on-year, to HKD87.9 million, compared to a loss of just under HKD20.8 million in first-half 2021.

The firm, which supplies casino equipment under the LT Game brand, also has a so-called service agreement for a satellite gaming venue at Casino Kam Pek Paradise in downtown Macau, with SJM Holdings Ltd as its licence partner. The current arrangement runs until December 31.

It emerged on December 16, following the signing of new, 10-year concession contracts with Macau’s six incumbent operators, that Casino Kam Pek – which runs slot machines and electronic table games – would continue from January 1 as a satellite casino under SJM Holdings’ new concession.

International casino operator Las Vegas Sands Corp has been ranked as the most sustainable firm in the global casino sector, according to the 2023 edition of the S&P Global Sustainability... END_OF_DOCUMENT_TOKEN_TO_BE_REPLACED