Jeju asks shuttered casinos to reopen by Oct, or say why not 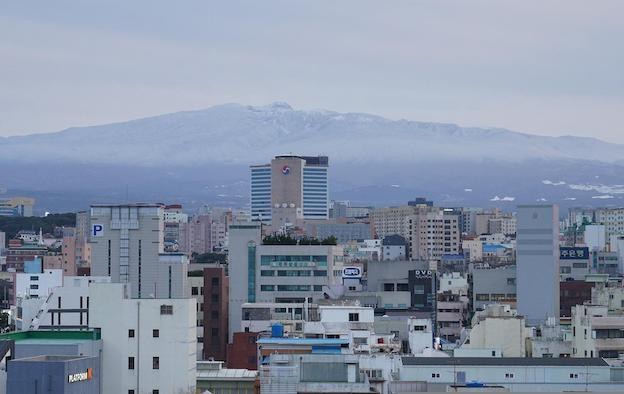 The government on Jeju island (pictured) in South Korea has asked foreigner-only casinos there that are still shuttered following the Covid-19 pandemic, to reopen from October 1, unless they can provide a good reason not to.

Five of the island’s eight foreigner-only venues were still paused as of Tuesday. Some have previously cited a slow pace of tourism recovery for delaying relaunch.

Jeju Sun Hotel and Casino, a property of Philippines-listed Bloomberry Resorts Corp, has confirmed to GGRAsia – in response to our telephone enquiry on Tuesday – that it will reopen on October 3. Jeju Sun’s operation has been paused since March 21, 2020.

A spokesperson for MegaLuck Casino, run by Hong Kong-listed New Silkroad Culturaltainment Ltd – it was recently announced the gaming business would be relocating to the Jeju Shilla Hotel – has told GGRAsia it will restart business on November 1.

New Silkroad recorded zero revenue from its entertainment business – encompassing its Jeju casino interest – for the six months to June 30, as it did for the first half 2021, according to its latest interim report filed in Hong Kong on August 28.

A government spokesperson for Jeju, a semi-autonomous holiday island, which has licensing oversight regarding its local casinos, told GGRAsia: “Our official position is resuming all closed foreigner-only casinos by October 1, as we judge there is no reason to continue disruption.”

The person added: “If any of those venues wishes to continue pausing, it would need to consult with us – with proper reasons – in advance.

The three other currently-paused properties are: Gongzi Jeju Casino, located at Ramada Plaza by Wyndham Jeju Ocean Front Hotel; Jeju Oriental Hotel and Casino; and Yalanwan casino, which is said to be in the process of relocating to Lotte Hotel Jeju. The trio respectively told GGRAsia they had no reopening schedule to disclose presently.

A South Korea Ministry of Justice press release on August 26, said that the country was extending beyond August 31, a visa-free entry scheme to Jeju that would be applicable to passport holders of a number of countries and places, including mainland China.

A visa-free scheme for Jeju visits for certain passport holders had commenced on June 1, described at the time as a “restart” of some pre-pandemic arrangements.

Macau’s casino gross gaming revenue (GGR) for the first five days of February is estimated at MOP1.9 billion (US$235.1 million) – or MOP380 million per day – a level that suggests a “45... END_OF_DOCUMENT_TOKEN_TO_BE_REPLACED