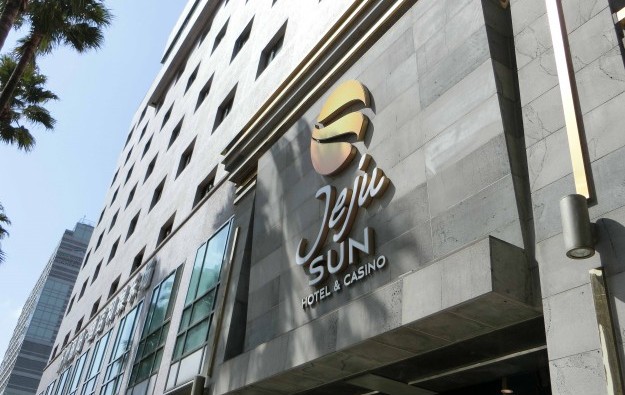 Jeju Sun Hotel and Casino (pictured), controlled by Philippines-listed Bloomberry Resorts Corp, aims to resume that gaming and hotel operation on the South Korean holiday island of Jeju, from July 30.

The information was provided by a representative of the Jeju Sun property, in response to a GGRAsia telephone enquiry on Wednesday.

Jeju Sun’s operation had been paused since March 21, 2020, amid the Covid-19 pandemic, according to the first-quarter filing of the parent Bloomberry Resorts. At one point in April last year, only two out of Jeju’s eight foreigner-only casinos were open, due to pandemic-related disruption to tourism.

But the resumption, on June 1 this year, of a visa-free entry scheme to Jeju for holders of certain foreign passports – as well as permission for flights from overseas to use Jeju’s airport – has coincided with the Jeju government urging any still-shuttered casinos to reopen if possible, a local official has confirmed to GGRAsia.

The first international flight direct to Jeju this year was on June 3, bringing 178 group tourists from Bangkok, Thailand, according to the Jeju Tourism Organization.

Jeju Sun casino recorded KRW8.23 billion (US$6.53 million) sales revenue in 2019 pre-pandemic trading, with the revenue performance shrinking to KRW1.89 billion for the fewer-than-three months it was trading during 2020, according to data from South Korea’s Ministry of Culture, Sports and Tourism. The ministry’s data can vary from that reported by operators, due to the national government consolidating commissions and incentive payments in the revenue numbers.

In other Jeju industry developments, the Jeju government official – who asked not to be identified by name – told GGRAsia that the currently-suspended MegaLuck casino, run by Hong Kong-listed New Silkroad Culturaltainment Ltd, might relocate to the Jeju Shilla Hotel. Several Jeju local news outlets have also reported that information.

MegaLuck casino had been based at the Jeju KAL Hotel. The latter venue’s operation terminated on April 30, pending an anticipated disposal of the property by KAL Hotel Network Ltd (KHN), the hotel’s promoter. As of that date, MegaLuck had already been suspended for some time.

Hong Kong-listed Wynn Macau Ltd says it will inject nearly MOP4.80 billion (US$596.4 million) into Wynn Resorts (Macau) SA. That is in order to comply with Macau’s revised gaming law and the... END_OF_DOCUMENT_TOKEN_TO_BE_REPLACED