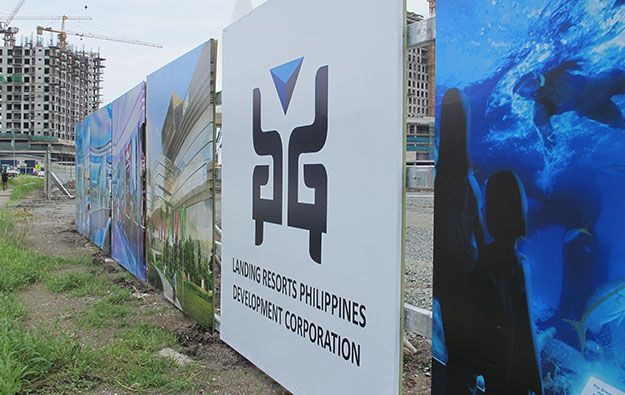 Asian casino promoter Landing International Development Ltd says it has been given approximately six months to find an alternative site for a casino resort it planned for the Philippine capital Manila, or it will risk having its provisional gaming licence for that country revoked or suspended.

Landing International said in a Friday filing to the Hong Kong Stock Exchange that the relevant Philippine authorities had declared void the lease for the originally-earmarked site (pictured in a file photo), that had been negotiated with a body called Nayong Pilipino Foundation.

Landing International had previously said it intended to build a US$1.5-billion casino resort and theme park, to be called NayonLanding, on the site in question. It had hoped to complete the project in 2022.

But it emerged on the day of ground breaking for the scheme in early August last year, that the country’s leader, President Rodrigo Duterte, had sacked the entire board of the Nayong Pilipino Foundation, amid allegations of irregularities in relation to the leasing deal.

In September last year a presidential spokesman had been reported as saying that the land lease contract would be “cancelled” as it was “found to be void from the start”.

Friday’s filing said that Landing Resorts Philippines Development Corp, a wholly-owned subsidiary of the group, had been served with a letter stating that the lease dated March 15, 2018 had been declared void by, respectively, the Office of the Government Corporate Counsel, the Philippine Department of Justice, and the Office of the President.

The firm further stated: “Given that the lease is now declared void, the Philippine Amusement and Gaming Corporation (Pagcor), the regulatory and licensing authority for gaming and gambling in the Philippines, has requested Landing Philippines to submit a proof of ownership or lease of land within 180 days from September 10, 2019 in compliance with the provisional licence.”

The filing added: “If Landing Philippines fails to comply with such provision and cannot remedy the same within 90 days after receipt of a notice from Pagcor, the provisional license may be revoked or suspended.

“The group will try to find another piece of land for the development of the integrated resort, and the company will make further announcement as and when required under the listing rules in case any update on the project.”

On August 30, Landing International reported a first-half 2019 net loss of nearly HKD835.6 million (US$107 million), as gaming revenue for the period declined sharply.