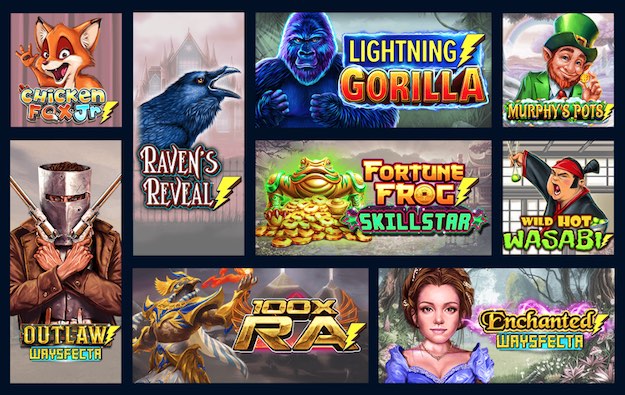 Lightning Box is a developer of mobile and slot games, serving clients in the land-based, online, and social casino segments. The developer was acquired in 2021 by Light & Wonder’s legacy entity, Scientific Games Corp.

The release said Lightning Box had benefitted from Light & Wonder’s “expertise and commercial support” since August 2021. August this year had been Lightning Box’s “biggest ever month in terms of revenues,” stated the parent firm.

The release quoted Peter Causley, Lightning Box chief executive and co-founder, saying the speed at which the studio had flourished since the Light & Wonder acquisition “has taken us aback.”

He added: “Our games continue to hit new heights of popularity around the world, and we can’t wait to release new hits to penetrate U.S., Canadian and European markets even further.”

Lightning Box is said to be currently live with more than 50 of the leading U.S. and European operators, including BetMGM, FanDuel, LeoVegas, William Hill, and Betsson. The developer releases up to 12 new titles every year via Light & Wonder’s OpenGaming platform in the United States.

Dylan Slaney, CEO of iGaming at Light & Wonder, said in prepared remarks, that the team at Lightning Box produced “some fantastic content that really resonates with players who enjoy land-based titles.”

Mr Slaney added: “The numbers that have been produced in the first 12 months after the acquisition speak for themselves and prove it was the right decision to bring Lightning Box into the Light & Wonder family.”

Lightning Box said in late July that it had “drawn inspiration from Asia” for one of its latest games, “Divine Stars”. The new title was to go on general market release in the first half of August, according to the maker.