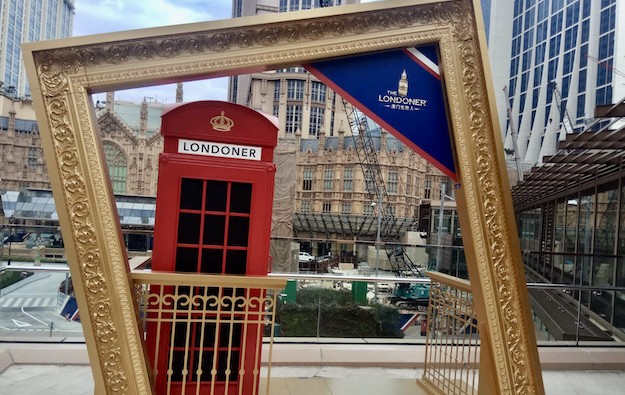 Macau casino resort operator Sands China Ltd has told GGRAsia it is “entering the final stage” before launch of its Londoner Court site on Cotai. The facility is a luxury all-suite hotel with 300-plus rooms, according to corporate materials, that is due to open at the Londoner Macao (pictured in file photo).

The company did not specify a launch date in its email to GGRAsia.

Sands China president Wilfred Wong Ying Wai had told local media in late July that Londoner Court was to see a “full opening” in time for October Golden Week. The latter is a term commonly used to denote a festive period in China encompassing China’s National Day on October 1.

The facility will have circa 370 suites from 1,400 square feet (130 square metres) to 3,100 square feet, according to materials released as part of the second-quarter earnings call presentation by Sands China’s parent, United States-based Las Vegas Sands Corp.

A “simulation exercise” for Londoner Court “is currently under way and we are entering the final stage of preparing the property for opening,” stated Sands China in its emailed reply to GGRAsia.

In other developments, the Sheraton Grand Macao, an existing five-star hotel at the Londoner Macao complex, will cease to serve as a quarantine facility starting from September 6 (Monday) and undergo disinfection as directed by the city’s health authorities, a Macao Government Tourism Office (MGTO) representative said during the city’s Covid-19 media briefing on Thursday.

The Sheraton Grand Macao had 2,000 rooms available for quarantine use from August 5, coinciding with a Covid-19 alert in the city, after a local family of four was confirmed as infected with the Delta variant of Covid-19. Prior to August, the Sheraton Grand Macao had served on and off as a quarantine facility since the onset of the pandemic last year.

Macau’s casino gross gaming revenue (GGR) for the first five days of February is estimated at MOP1.9 billion (US$235.1 million) – or MOP380 million per day – a level that suggests a “45... END_OF_DOCUMENT_TOKEN_TO_BE_REPLACED