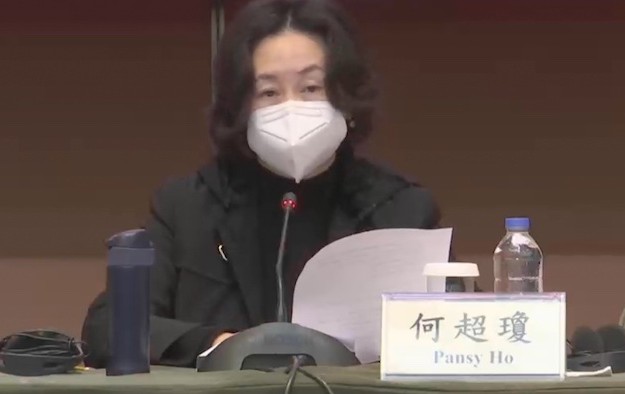 Macau casino operator MGM China Holdings Ltd says it expects the Macau market to be able to attract about 40 million tourists per year, as travel restrictions are eased, and based on further investment to attract visitors from overseas.

Macau’s six newly-reinstalled casino operators were outlining at a Saturday press briefing their respective ideas for their new 10-year concessions, due to start on January 1.

The presentations followed the formal signing on Friday of their new contracts.

Macau received more than 39.4 million tourists in 2019, but the number has slumped since the onset of the Covid-19 pandemic in early 2020. The city saw a 30.7-percent year-on-year increase in visitor arrivals for 2021, with the full-year inbound-tourist tally at nearly 7.71 million.

Ms Ho said she was “very optimistic” about the efforts to increase the number of visitors to Macau, mentioning that such growth would be supported by some key infrastructure projects, including the Hong Kong-Zhuhai-Macau Bridge, and the plans to expand the airports of Hong Kong and Macau, respectively.

“I think Macau is more attractive than Las Vegas,” she stated, referring to the Nevada, United States gaming hub that is home to MGM China’s majority shareholder MGM Resorts International. She said Macau benefitted in particular from being near to a number of countries neighbouring China.

Boosting the volume of foreign visitors was also one of the key requirements for Macau’s six casino concessionaires to fulfill as part of their investment pledge, stated the Macau government.

Ms Ho acknowledged that MGM China did not have large venues for conventions and exhibitions, but said that could play in the company’s favour. “Instead of organising three large-scale events per year, we might be able to accommodate 10 events of smaller scale,” she said.

MGM said it would increase its “overseas sales networks to 30 locations and double the number”of its sales staff. “We will host events in our overseas sales networks in Asia and the Middle East to attract foreign tourists directly to Macau and make concurrent efforts to provide direct transportation,” including charter flights, stated Ms Ho.

The MGM China group said it would launch an “incubator base for arts and culture business industries”, as well as what it termed a “culture + business + industry” framework for pursuing initiatives.

In a follow-up press release, the company said it would determine its “cultural business theme on a yearly basis,” in order to guide the group’s “curatorial planning, creation, annual exhibitions, symposiums and business activities”.

The firm said it would establish next year a partnership with Chinese abstract artist, Hsiao Chin, under the theme of space exploration.

In 2024, it will showcase Miao embroidery, one of China’s national intangible cultural heritage items. Also in 2024, the company is planning to invite Cai Guoqiang, the internationally acclaimed contemporary artist, “for the creation of a large-scale commissioned project”.

MGM stated it would revamp the MGM Theater at its MGM Cotai resort, to “embrace a technical expansion and upgrade for the launch of MGM2049,” described as the group’s “flagship entertainment residency with innovative technologies”. The MGM2049 residency show is planned to make its debut to the public in 2024, it added.

MGM will also work with Chinese director Zhang Yimou, and Beijing Dang Hong Qi Tian International Culture and Development Group Co Ltd, the provider of the virtual reality (VR) experience for the 2022 Winter Olympics, “to create brand-new content and develop technologies for on-stage performance.” MGM’s multimedia space is set to open to the public in 2023.

The group said it would addtionally build an “Urban Oasis”, described as a “all-new landmark of health and wellness tourism”. It will be based on the concept of “sustainable living art”, and “provide comprehensive health and wellness care services for urban customers”. The firm said “Urban Oasis” would offer “a one-stop services combining wellness and medical offerings including medical hydrotherapy, diet therapy, leisure and health management, medical tourism, and health assessment.”

Some Macau casinos visited by GGRAsia on Thursday, actually had tables that were closed, notwithstanding strong consumer demand during Chinese New Year (CNY). The reasons for some tables being... END_OF_DOCUMENT_TOKEN_TO_BE_REPLACED