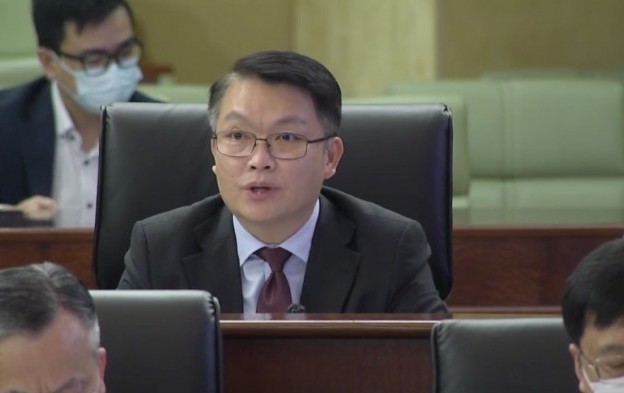 Macau’s Secretary for Economy and Finance, Lei Wai Nong (pictured), gave on Friday during a question-and-answer session with the city’s legislators, little fresh information regarding how Macau is preparing for June next year, when the rights of the six current casino operators are due to expire.

His reticence also extended to the topic of the city’s proposed revision of its gaming law, previously described by the government as a necessary preparatory step in the process. Mr Lei was at the city’s Legislative Assembly, for discussion of the government’s Policy Address for the Fiscal Year 2022.

His boss, Macau’s Chief Executive Ho Iat Seng, had also given few hints on the government’s plans for the casino sector when setting out that annual policy blueprint earlier this month, despite there being little more than six months to go before the expiry takes effect.

During the Friday session with Secretary Lei, legislators Ella Lei Cheng I, and Lei Leong Wong, asked questions related to the welfare of local workers in the casino industry: how the government would guarantee employment opportunities, career advancement, and better benefits for local residents via the opportunity for a new public tender regarding the city’s gaming rights.

They also urged the government to explain in detail how it would gauge the development of non-gaming elements by the local operators.

Fellow legislator Zheng Anting asked on Friday if the government would introduce any new  regulatory and licensing policy for the city’s satellite casino operators, as a consultation document on the gaming law amendment has made no mention of them.

Secretary Lei did not give direct answers to the legislators’ questions. He stated: “We’re now processing the opinions collected [from a recent public consultation], and we hope we can compile them into a report and announce it to the public soon.”

He added: “Subsequently, we will have a legal document [of gaming law] ready and send it to the Executive Council, and later to the Legislative Assembly [for deliberation].”

Macau’s Secretary for Administration and Justice, Andre Cheong Weng Chon, had on Wednesday told legislators that the government would not be able to submit a draft document of the gaming law amendment to the Legislative Assembly by the end of this year, as there was not enough time in the legislative calendar.

The public consultation process for the gaming law, which began in mid-September, ended last month.

Casino equipment supplier Sega Sammy Creation Inc said in a Friday release it was debuting its Genesis Crest 43J cabinet in Asia. The product will be available at an in-person trade show, G2E Asia:... END_OF_DOCUMENT_TOKEN_TO_BE_REPLACED