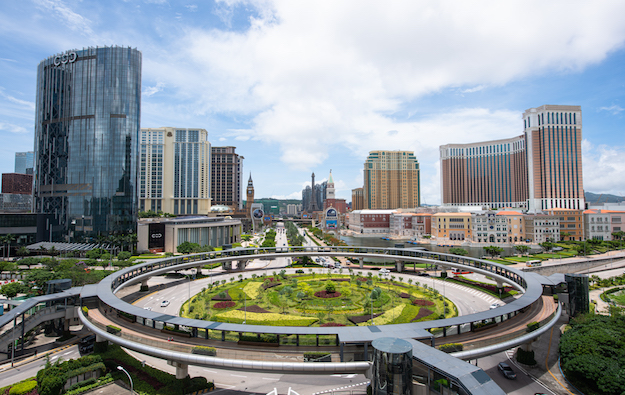 The institution said – citing its own channel checks – the average daily rate for the relevant period was down 62 percent sequentially compared to the MOP52-million average daily rate recorded between June 20 and June 30. The brokerage stated that GGR performance in Macau during the first 10 days of July had been “significantly constrained by Covid-19 measures”, including restrictions on inbound and outbound travel.

Macau had a total of 1,526 confirmed Covid-19 cases as of midnight on Sunday in the current local outbreak, which had been first announced on June 19. A total of 59 new infections was detected on Sunday.

All non-essential business venues in Macau have been ordered to close for seven days until July 18, as announced on Saturday by the city’s government. The Macau casinos also have to shut temporarily during that period – the first such blanket closure since February 2020, when the local government ordered a 15-day shutdown of the city’s gaming properties, also as part of local containment efforts regarding Covid-19.

“We think the closure is not a meaningful fundamental impact, but could weigh on trading sentiment”, the Sanford Bernstein team said in its Monday note. All Macau casino-related stocks listed in Hong Kong recorded strong price declines on Monday.

The brokerage added that investor expectations were “already in place for a very poor GGR environment” in July.

Sanford Bernstein said it now expected average daily GGR in Macau for July as a whole to be down 85 percent month-on-month. The institution added that the actual result “could still be lower depending on length of Macau lockdown and travel restrictions.”

Macau casino GGR fell to its lowest monthly tally this year in June – and the lowest since September 2020. It amounted to MOP2.48 billion, equivalent to a daily average rate of MOP82.6 million.

Brokerage JP Morgan Securities (Asia Pacific) Ltd said in a separate note on Monday that third-quarter Macau casino GGR was at risk due to the ongoing community outbreak of Covid-19. It added that, due to such expected decline, it was “worth revisiting” its liquidity analysis for the city’s six operators “under a zero-revenue environment”.

The imminent return of package tours from mainland China will not only help boost Macau’s tourism businesses, but is also expected to help casinos gain more foot traffic in their mass gaming... END_OF_DOCUMENT_TOKEN_TO_BE_REPLACED