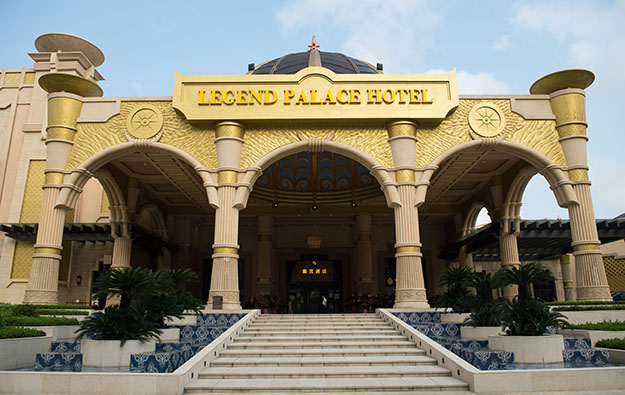 Macau casino services and hotel firm Macau Legend Development Ltd says it has an agreement with Macau casino concessionaire SJM Holdings Ltd for the provision of gaming promotion services at Macau Fisherman’s Wharf, under a format known locally as a “satellite operation”.

Macau Legend said in a filing on Friday that a subsidiary had “entered into a service agreement with SJM for the provision of services in selling, promotion, advertising, customer development and introduction, coordination of activities and other related services to SJM for the operation of casinos … under SJM’s gaming concession as agreed by SJM for a term of three years commencing January 1, 2023.”

The filing did not mention directly which casinos were involved in the deal. It referred to an earlier filing from Macau Legend, filed last week, in which the firm said it had “ceased its VIP gaming promotion business” in Macau. That was upon the lapsing of an indirect deal it had, involving management services for SJM Holdings, the licence provider for Casino Babylon and Casino Legend Palace, both located at Macau Fisherman’s Wharf, a complex controlled by Macau Legend.

Casino Babylon and Casino Legend Palace had been supported by a Macau Legend unit called Hong Hock Development Co Ltd, under a so-called “variable interest entity” arrangement, whereby an investor has a controlling interest despite not having a majority of voting rights.

Casino Babylon did not appear on a list of nine satellites to continue to operate under SJM Holdings’ new concession contract, which came into effect on January 1. Casino Legend Palace was included in that list.

It was not clear from the latest filing by Macau Legend whether Casino Babylon would resume operations.

Macau Legend said in its Friday filing that “as consideration for the provision of the services”, the firm would be “entitled to a percentage sharing of the gross gaming revenue on a monthly basis in accordance with the monthly operating performance of mass gaming tables and slot machines, after deducting all costs and expenses calculated on accrual basis,” which shall be borne by Macau Legend.

From January 2026, promoters of Macau satellite casinos will not be able to share in a percentage of gaming revenue with the concessionaire providing the licence. Instead satellite promoters must constitute themselves as a ‘management company,’ and be entitled instead to negotiate a management fee, though the precise format for that – and the implementation – are still to be clarified.

New regulatory arrangements for satellites, including a law passed in December by Macau’s Legislative Assembly, included a three-year grace period for the changes to take effect.

Some Macau casinos visited by GGRAsia on Thursday, actually had tables that were closed, notwithstanding strong consumer demand during Chinese New Year (CNY). The reasons for some tables being... END_OF_DOCUMENT_TOKEN_TO_BE_REPLACED