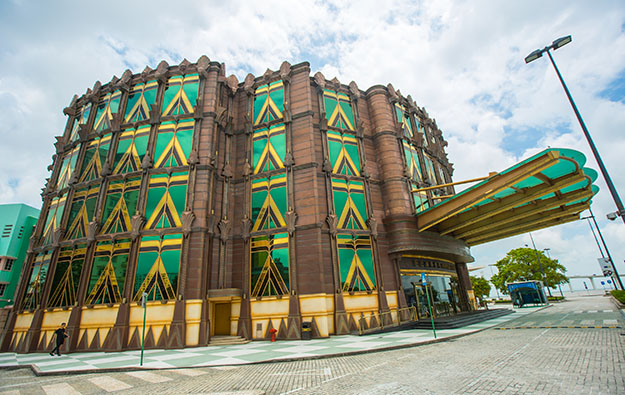 Gaming and hotel services firm Macau Legend Development Ltd reported on Tuesday a net loss of just above HKD1.19 billion (US$151.7 million) for full-year 2021, a 39.1-percent improvement from the prior-year period. The company said it would “explore various options” to continue to operate gaming in Macau beyond December 31 this year.

The group’s adjusted earnings before interest, taxation, depreciation and amortisation (EBITDA) were negative by HKD300.3 million, an improvement over the last corresponding period, when it recorded an EBITDA loss of HKD429.3 million.

Trading in the shares of Macau Legend resumed on Wednesday, following the publication of its 2021 annual results nearly three months later than permitted under Hong Kong bourse rules. The shares had been suspended with effect from April 1.

Macau Legend has additionally invested in the Savan Legend casino resort in Laos, which was closed for little over six months in 2021 due to the pandemic.

In its Tuesday filing, Macau Legend blamed the 2021 annual loss on “social distancing measures and travel restrictions” imposed by government authorities as countermeasures against the Covid-19 pandemic. Such measures, the firm said, had “severely” affected “the tally of visitor arrivals to Macau and Laos” during the reporting period.

It said additionally that its financial performance was affected by impairment losses recognised for the overseas projects located in Cabo Verde “due to the adverse changes in economic situation under Covid-19.”

Macau Legend said also that it would “explore various options to continue the provision of management or any other forms of services related to the gaming operations” in Macau “after 31 December 2022, to the extent permitted by relevant laws and regulation of Macau and will maintain close contact with SJM in this regard.”

Macau’s six casino operators have each signed on June 23 a circa six-month extension to their respective gaming contracts, to December 31. The licences had been due to expire on June 26, but were extended as the Macau authorities work to prepare a fresh public tender.

Macau Legend had net current liabilities of approximately HKD788 million as of December 31, 2021. The group’s total bank borrowings amounted to nearly HKD2.36 billion, of which HKD207 million will be due for repayment within the next 12 months from the reporting date, while its cash and cash equivalents amounted to HKD133 million. These conditions led the firm’s auditors to flag the “existence of material uncertainties” that may cast significant doubt on the group’s “ability to continue as a going concern.”

Macau Legend had said in a May 20 filing that a review conducted by an independent consultant “did not note any irregularity” in the dealings between the company and Levo Chan Weng Lin or his related entities.

Mr Chan is Macau Legend’s largest single shareholder and was the firm’s executive director, co-chairman and chief executive. The businessman was detained in Macau in January, on suspicion of illegal running of gambling operations and money laundering.

Mr Chan resigned from his executive roles in Macau Legend soon after his detention.

Macau casino operator MGM China Holdings Ltd had a “record” market share in January, and its venues were the “highest-earning businesses” in the portfolio of the majority owner MGM Resorts... END_OF_DOCUMENT_TOKEN_TO_BE_REPLACED