Macau police name Chau, 10 others as in criminal group 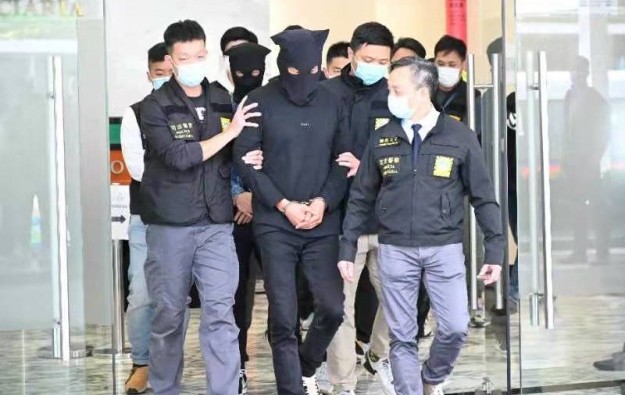 A press conference on Sunday afternoon by Macau’s Judiciary Police presented evidence – including about 3 million (circa US$385,000) in a mixture of Hong Kong and Macau money – said to relate to three offences under Macau law: formation of a criminal group; money laundering; and illicit gambling.

The key suspect identified was Alvin Chau Cheok Wa – the head of junket brand Suncity Group – who had been detained in Macau as confirmed by the Macau government on Saturday, following an arrest warrant issued by mainland authorities.

Handwritten notes with the evidence presented on Sunday – which included accounting ledgers, computers, computer hard drives, and USB sticks – referred to “allocating gaming tables in Phnom Penh”, and to “the Philippines”.

Those involved in the alleged illicit gambling operations were said to be a male with the surname “Chau”, aged 47 and described as a “merchant”, and 10 others – eight men ranging in age from 37 to 57, and two women, one aged 30 and the other 37 – that were all respectively described as “senior administrators”, and said to be part of a “criminal group”.

The police said they had been collecting evidence in relation to the investigation, since August 2019. The force added that the matter would be transferred to Macau’s Public Prosecutions Office.

Those accused were not presented in front of the media, but were moved under escort (pictured) from the Judiciary Police headquarters, shortly after the press conference, which lasted about 20 minutes.

An article in Macau’s draft new gaming law, to create a mechanism to dissolve an existing gaming concession in the event it was not granted a new licence after the current six concessions... END_OF_DOCUMENT_TOKEN_TO_BE_REPLACED