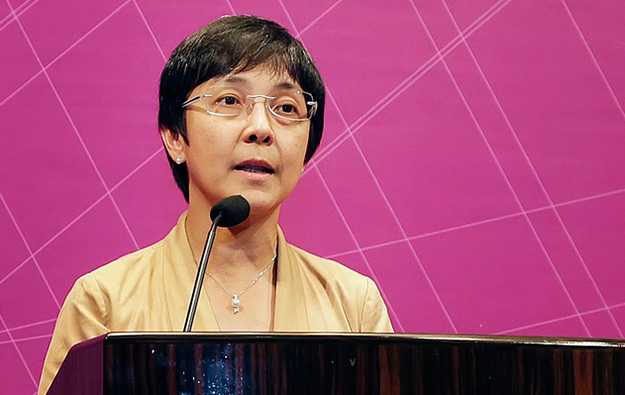 The head of Macau’s tourism bureau has expressed caution about the prospects for visitor volume to the city during the upcoming week-long holiday encompassing National Day on October 1.

Maria Helena de Senna Fernandes (pictured in a file photo), director of the Macao Government Tourism Office (MGTO), said she was “conservative” in her expectations, adding she did not anticipate a “surge” in visitors.

She was cited by the Chinese-language radio service of public broadcaster TDM. Ms Senna Fernandes made the comments on the sidelines of a Wednesday event.

The official said factors relating to her caution included that the easing to 48 hours of the validity period for Covid-19 test certificates for journeys from Macau to Zhuhai in mainland China’s neighbouring Guangdong province, had only recently been activated.

The tourism bureau boss said she acknowledged the mainland authorities’ concerns about the risk of domestic spread of Covid-19 during holiday seasons.

Due to that, her office was now deferring what she termed “offline” tourism promotion on the mainland. That was understood to be a reference to in-person roadshows promoting Macau which the tourism bureau has been organising recently in places across the mainland.

China’s State Council has designated October 1 to 7 inclusive for the holiday. The latter is often referred to by the tourism trade as autumn “Golden Week”, and has traditionally been an important earnings season for Macau casinos and tourist facilities.

On Tuesday, Macau’s Statistics and Census Service (DSEC) indicated that August visitor arrivals spiked relative to July, where the tourism market had been badly affected by a community outbreak of Covid-19.

Macau’s daily tally of visitors reached 23,362 on September 16, said MGTO in a Saturday update. It was the highest level since the local outbreak of Covid-19 that started on June 18, and which took more than a month for the authorities to bring under control.