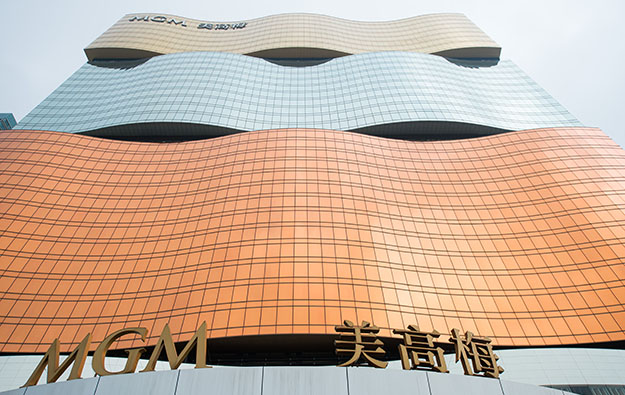 MGM China Holdings Ltd says it has already committed to pay the Macau government up to MOP47 million (about US$6 million) in return for its Macau gaming licence being extended for a further six months, to December 31, 2022. That is according to the firm’s annual report for 2021, filed to the Hong Kong bourse on Wednesday.

Macau’s six casino operators had applied to the Macau government in March for an extension until December 31 of their existing rights, as made feasible by the local authorities. The current licences are due to expire on June 26.

MGM China – which runs the MGM Macau resort on Macau peninsula (pictured) and MGM Cotai in the Cotai district – has also committed to a bank guarantee to cover payment obligations towards the employees if its concession-holding entity, should the group fail to gain a new concession contract after December 31.

Such licence extensions provide time for the Macau government to prepare a new public tender for Macau gaming permits.

In its latest annual report, MGM China noted that the Macau government had provided “no indication” as to when the new public tender would take place.

Three of Macau’s six current casino operators – namely Sands China Ltd, MGM China Holdings Ltd, and Melco Resorts and Entertainment Ltd – hold their current gaming rights via sub-concessions spun off from three original concessionaires that had been selected via a 2002 public tender. Such an arrangement was made possible under a piece of legal improvisation at the time. The three original concessions under the 2002 process were the locally-incorporated units of Galaxy Entertainment Group Ltd, SJM Holdings Ltd, and Wynn Macau Ltd.

The Macau government will now – via a new regulatory framework for the industry - end the system of sub-concessions, and allowed a maximum of six concessions in the local market.

MGM China’s chairperson Bill Hornbuckle, who is also chief executive and president of the parent MGM Resorts International, was cited in Wednesday’s MGM China filing as saying the group intended to “respond proactively” to the fresh public tender process when it is announced.

He added MGM China would be “in position to satisfy the relevant requirements as they may be set out by the Macau government in relation to the extension of the existing sub-concession contract and the retendering of a gaming concession”.

The Macau government hinted on Friday it might under the proposed update to the city’s gaming framework, permit some kind of performance-related system – linked to “turnover”... END_OF_DOCUMENT_TOKEN_TO_BE_REPLACED