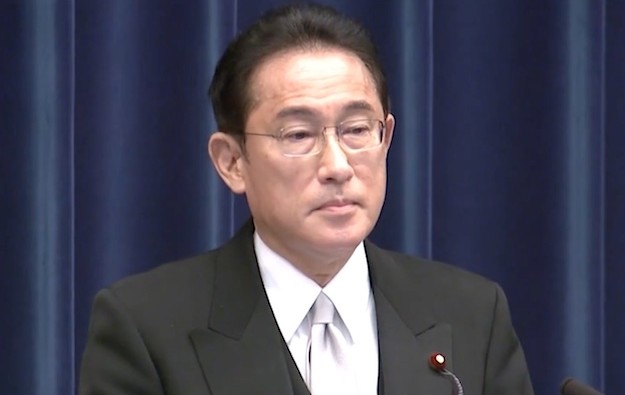 Japan’s casino resort policy “is an important measure to push Japan to be an advanced tourism country,” said that nation’s new prime minister, Fumio Kishida (pictured in a file photo), speaking in parliament on Monday.

His comments came while answering questions from representatives across the political spectrum, following a general policy speech.

Large-scale casino complexes with other recreation facilities and space for meetings, incentives, conferences and exhibition (MICE) events, are known in Japan as integrated resorts (IRs).

Japanese IRs should offer “not only a casino but also MICE and large hotels to entertain families, together with stringent gambling addiction measures,” added Mr Kishida, referring latterly to a major public policy focus in Japan regarding the IR initiative.

Such resorts would “bring a huge number of tourists,” and create positive economic effects into the host regions, added the prime minister, stressing his government would “take necessary procedures to realise IRs”.

Tetsuo Saito, freshly appointed as Japan’s Minister of Land, Infrastructure, Transport and Tourism, said in an October 5 briefing that Mr Kishida had given him the task of ensuring Japan kept on track with its aim of attracting annually 60 million inbound visitors by the year 2030. He added that the casino resort policy was a key part of the plan.

Mr Kishida had previously been chairperson of the policy research council of the governing Liberal Democratic Party when the Integrated Resorts Implementation Act – the second piece of enabling legislation for creation of a casino industry – was enacted in 2018.

At that time, he negotiated with Komeito, the LDP’s minority partner in national government, to establish the bill and steer it though parliament.

Under the liberalisation programme, up to three resorts will be permitted nationally. Currently, only three local communities are in the running for respectively hosting a large-scale IR. They are: Osaka, Nagasaki, and Wakayama.