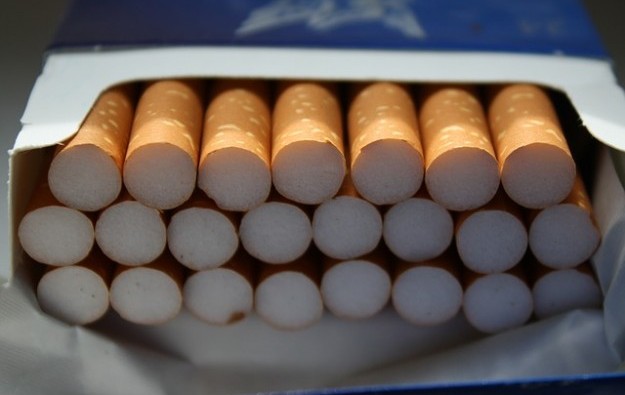 Macau’s smoking ban on casino mass floors is just a few day away but the government is still introducing changes to which areas it will cover, Credit Suisse AG said in a note issued on Friday.

“According to a press release on September 30… the whole mass floor of casinos would be non-smoking except for the smoking [lounges] approved by the government and the VIP rooms,” analysts Kenneth Fong and Isis Wong wrote. “This is opposed to consensus understanding that the member-only and fully enclosed premium mass area can be classified as smoking.”

Mr Fong and Ms Wong added: “We understand from the operators that the government needs more time to approve the new floor plan and the classification of premium mass area… So, there is still potential for further change in smoking space allocation. But for now, the whole mass area will need to be fully non-smoking.”

The two analysts forecast the new smoking rules may have an initial “adverse impact” on casino gross gaming revenue (GGR). “However, as the operators have built a lot of smoking [lounges] surrounding the mass floor, we expect the impact to eventually fade out,” they added.

Credit Suisse forecast GGR in October to drop by between 15 percent and 18 percent compared to a year before. That would likely make it the fifth month in a row that GGR in Macau has declined judged against year prior periods. Official results for September will only be announced next week, but the city’s Secretary for Economy and Finance Francis Tam Pak Yuen  on Tuesday said that GGR for last month was expected to have dropped by 12 percent to 13 percent in year-on-year terms.

As of Tuesday, only 12 of Macau’s casinos and slot-machine parlours had already completed the construction of smoking lounges on their mass floors, Health Bureau director Lei Chin Ion said. Mr Lei said these venues had already been inspected by the Macau authorities and were now “undergoing administrative procedures”.

He stated that only 28 gaming venues had submitted final requests to establish smoking lounges. Macau has 35 casinos in operation and five slot-machine parlours, data from the city’s Gaming Inspection and Coordination Bureau show.

However, casino operators are allowed to build smoking lounges on their mass floors, but they must not have any gaming tables or slot machines. In theory they would be similar to smoking rooms found at major airports.

According to the new rules, casino operators can also ask to set up smoking areas with gaming tables and slot machines on non-main floor zones “that are of limited access to specific games and gamblers”. This was up until now understood to cover not only VIP rooms but also premium mass gambling areas when they were isolated from main floors.

The Credit Suisse analysts meanwhile revised their outlook on the impact on Macau of Hong Kong’s ‘Occupy Central’ movement. Hong Kong-based Mr Fong and Ms Wong on Tuesday had said that the protest could have a “marginal negative” impact to Macau, but Friday’s note pointed out that casino operators are seeing a “slight positive impact so far” from the event. That is because ‘Occupy Central’ is diverting visitors to come to Macau, they explained.

“Surprisingly, the operators generally see positive initial impact from the event as some visitors replace their Hong Kong trip with Macau or extend their stay in Macau,” the two Credit Suisse analysts noted. “If the campaign lasts longer than expected… travel agencies say they are likely to replace Hong Kong-Macau trip[s] with Macau-Hengqin or Macau-Zhuhai trip[s].”

The decision by the Macau government to grant fresh 10-year licences to each of the city’s six incumbent casino operators has been welcome by top management at those firms. Each of the concessions... END_OF_DOCUMENT_TOKEN_TO_BE_REPLACED