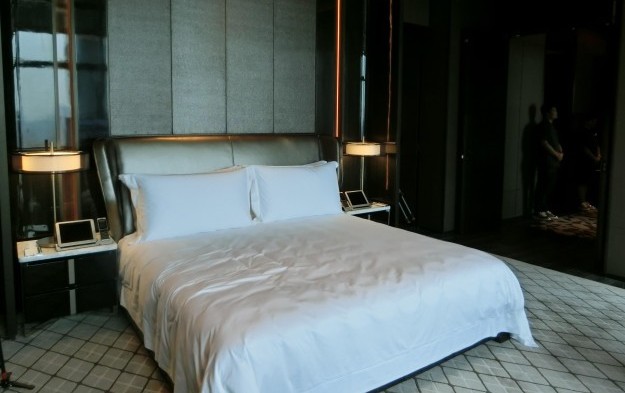 Macau had 15 hotel projects under construction as of the fourth quarter, show the latest available data from the city’s Land, Public Works and Transport Bureau. In aggregate they would account for 6,207 hotel rooms fresh to the market. The information did not mention completion dates for the schemes.

A further 19 projects were recorded as being at the planning stage. In combination they would account for a further 1,867 rooms fresh to the market, according to the data. Sixteen of the 19 would be on Macau peninsula and would account for 1,025 of the 1,867 fresh-to-market rooms in that tranche.

Most of the fresh hotel product is associated with Cotai casino resorts. Some are new properties, some are existing ones undergoing expansion.

Galaxy Entertainment Group Ltd is one of the gaming operators creating fresh hotel space at, respectively, Phase 3 and Phase 4 of its Galaxy Macau resort on Cotai.

In November the company said it intended to open in 2022 a Raffles-branded hotel – a 450-unit, all-suite tower – as part of Galaxy Macau Phase 3, with the precise timing to be “aligned with… market conditions”. That was to be followed by another fresh hotel, Andaz Macau, along with the new Galaxy International Convention Centre, the firm had stated. Andaz Macau has been described as “luxury” accommodation and will have more than 700 rooms and suites, according to corporate materials.

Elsewhere on Cotai, Melco Resorts and Entertainment Ltd is proceeding with Phase 2 of its majority-owned Studio City casino resort. It is due to include Macau’s first W Hotel – a brand of Marriott International – slated to open in December 2022, along with the rest of Phase 2.

Phase 2 as a whole is due to have 900 rooms shared between two luxury hotel towers. W Macau – Studio City, is due to have 557 guest rooms, including 127 suites.

According to the latest government data, an aggregate of four Macau hotel projects was completed in 2021, providing 2,919 rooms fresh to the market. Two schemes were on Cotai, with an aggregate of 2,774 rooms. One hotel was on Macau peninsula, and the other was listed as in Coloane.

Macau recorded 965 “gaming-related” crimes in full-year 2022, down 29.7 percent on the 1,372 identified in the previous year, according to the latest statistics published on Tuesday by... END_OF_DOCUMENT_TOKEN_TO_BE_REPLACED