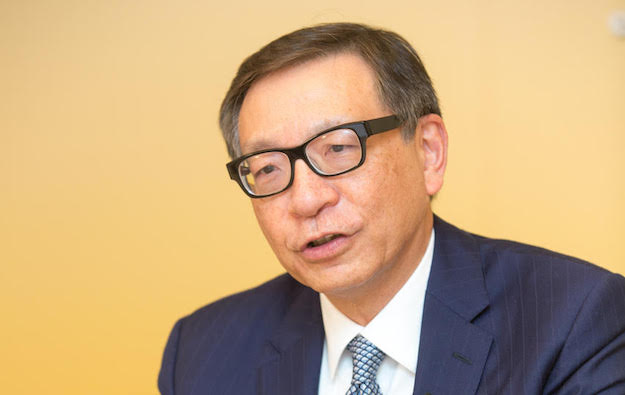 A fresh public tender for Macau gaming concessions could “start in the second half of this year”, says Francis Lui Yiu Tung, deputy chairman of Macau casino operator Galaxy Entertainment Group Ltd. The current six concessions, including that for his firm, expire on June 26.

Mr Lui (pictured in a file photo) made the comments during an online press conference focusing mostly on the group’s fourth-quarter and full-year results issued on Wednesday.

“I think in the second half of this year, the gaming concession retender can start,” said the Galaxy Entertainment executive.

“We also heard from the [Macau] government that the extension of the existing gaming concessions is also an option. So we will continue to liaise with the government to see what we need to do going forward,” he added.

Macau’s Legislative Assembly currently has a committee scrutinising an amendment bill for Macau’s gaming law, some legislation linked to the concession tender topic.

The Assembly’s president had mentioned, said Mr Lui, that the body was “confident that the deliberation on the draft bill on the gaming law amendment could be concluded by June this year.”

Legislators tasked with examining the draft bill told GGRAsia on Wednesday that all questions related to it have now been collected from interested parties.

Galaxy Entertainment’s chief financial officer Robert Drake said on Wednesday that the group’s “strong operational history”, “significant investments” made in Macau, and its efforts in corporate social responsibility, placed it in a competitive position for a new bid for Macau gaming rights.

The casino firm was asked at Wednesday’s press conference whether it would “acquire” its existing “City Clubs” casinos. They are three gaming spaces – one inside the Rio Hotel, one inside the Waldo Hotel, and another inside the President Hotel, all properties on Macau peninsula. The hotels themselves are currently third-party-owned, but use Galaxy Entertainment’ gaming rights to run gaming, and are venues of a type known in Macau as “satellites”.

An article in the draft version of the gaming law amendment proposes changing a key business arrangement regarding all satellite venues in Macau.

There would be a three-year grace period to tie the ownership of such premises to any one of six gaming concessionaires that will be permitted in the Macau market following a fresh tender. That proposal stirred much debate during the first reading of the bill in the Legislative Assembly.

Mr Lui said on Wednesday: “It is too early to say whether we would acquire” the City Clubs casinos.

He added that the group would like to see more details from the government on how the new provisions intended for the satellite casinos would work in practice.

The proposed three-year grace period would however “give sufficient time for the City Clubs casinos and us to sit down and take a look at the situation and decide what is to be done,” said Mr Lui.

Currently, there are 18 satellite casinos in the city: 14 of them have piggybacked on the gaming licence of SJM Holdings Ltd. Three have relied on the use of Galaxy Entertainment’s gaming licence, and one is backed by Melco Resorts and Entertainment Ltd.

In 2021, the City Clubs casinos contributed HKD62 million (US$7.9 million) of Galaxy Entertainment’s adjusted earnings before interest, taxation, depreciation and amortisation (EBITDA). That was just 1.77 percent of the group’s total adjusted EBITDA of HKD3.5 billion, according to the group’s 2021 results statement.