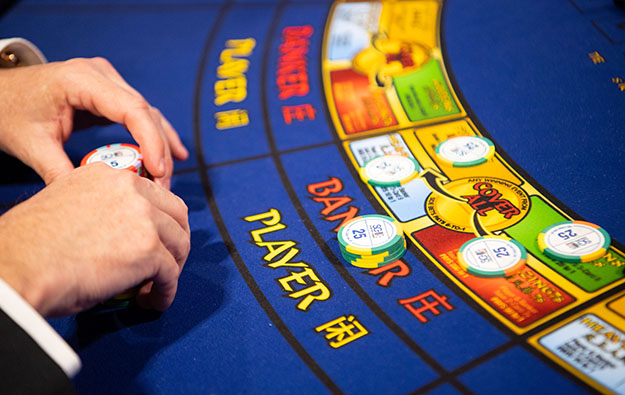 Any casino-sector entity defined by the Macau government as a “management company” will only be allowed in future to work with a single Macau casino concessionaire when it comes to running a gaming venue. That is according to a bill titled “Regime for the exploitation of games of chance in casinos”, which sets out the definitions of junkets, management companies, and collaborators.

The latest bill was published on Wednesday on the website of the city’s Legislative Assembly.

The document states that contracts between a concessionaire and a management company will need to be approved by an incumbent Chief Executive of Macau.

The Macau government recognises a management company as an entity that manages all or part of a casino of a gaming concessionaire. Historically, that has covered management services at so-called satellite casinos.

Macau satellites are venues controlled by independent investors but must piggyback on the gaming licence of an existing casino concessionaire. Most presently make use of the gaming rights of an incumbent concessionaire, SJM Holdings Ltd.

In addition, management companies will be forbidden to share casino revenue, in any form or via any agreement, with any gaming concessionaire they work with, the draft bill says. They will only be able to receive a management fee.

The satellite operators will also not be allowed to manage any financial activities within the gaming venue, namely related to accounting or settling of gaming chips and bets.

An amendment bill relating to the city’s existing gaming law is currently being analysed by one of the committees of the city’s Legislative Assembly. The new framework states that satellite venues will be given a three-year grace period to tie the ownership of their gaming premises to a local concessionaire.

The latest bill covering junkets and satellite operators also confirmed that each Macau junket will only be allowed to work with a single Macau casino operator.

Junkets, referred to by the Macau authorities as gaming promoters, have typically been the go-betweens between rich players and casino operators, for VIP gambling in the Macau market. Contracts between junkets and casino concessionaires would also need to be approved by the Macau government.

An individual would no longer be permitted licensing as a junket. Such licensing would only be possible for a company with a minimum social capital of MOP10 million (US$1.2 million). At least 50 percent of the gaming promoter’s social capital will have to be held by a Macau permanent resident, according to the bill.

The Macau junket system has also involved other “stakeholders” called sub-agents – known under Macau’s regulatory system as “collaborators”. They are typically people with a network of contacts, that have been able to introduce high-value players so the junkets could then host them in a casino VIP room.

The latest bill states that collaborators would be forbidden from extending credit to players.

The bill also proposes criminal penalties against what the authorities term “illegal taking of deposits” from the general public by either junkets, collaborators or management companies. Such provision covers deposits in the form of cash, gaming chips or other instruments. It suggests offenders could face a sentence of between two to five years in prison.

The freshly-announced bill is now to be voted on by legislators. The length of time that procedure will take depends on the city’s legislators, who can also propose changes to the bill.

A legislator heading a committee with a key role in the approval process, said last month the group aimed to approve by mid-August the new regulatory framework for junkets, collaborators, and management companies.

Macau casino services firm Macau Legend Development Ltd says that a review conducted by an independent consultant “did not note any irregularity” in the dealings between the company and... END_OF_DOCUMENT_TOKEN_TO_BE_REPLACED