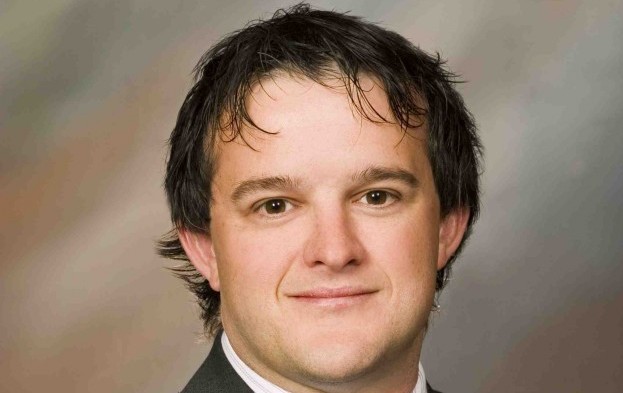 While casino industry commentators make a distinction between land-based casinos and the online variety, one thing the two sectors have in common is the potential threat of cyberattack.

“The professional services division that GLI has is very strong and is growing… particularly in terms of [services such as] security and threat assessment,” Mr Hughes said.

Such threat assessment is a long-standing feature of GLI’s certification of online suppliers of casino games.

In that online sector, “there are payment card industry requirements, because you are taking transactions involving credit cards and things like that; there’s security and threat assessments of [issues such as] attacks against a website; the functionality of the software and the algorithms,” Mr Hughes stated.

Some of those issues are increasingly being raised by the land-based gaming industry, said the GLI executive.

“We are continuously being asked by operators and manufacturers ‘How do I make sure my software’s secure, my system’s secure, my operations are secure from a cyberattack point of view?’”

He added: “GLI’s been doing a lot more work, and this has come out of a [market] demand for higher quality testing. In the past, manufacturers would come to GLI because they needed to get a certification to put their product into a market. Really what they’re focusing on now is how to make their product as high in quality and compliant with a range of regulations besides just the gaming regulations.”

Mr Hughes said the benefits of a multidisciplinary approach relate not only to product security but also the ability of a product manufacturer to move quickly to introduce a product into new markets when opportunities arise.

That involves “concentrating on robustness, and making sure that once it’s been tested or certified for one market, they [the manufacturer] can move it into another – or all – markets,” the GLI executive stated.

“When you are developing a product from the early stages it can be a year to two years before it comes out in the field, and so as the market changes you want to be able to very quickly adapt to that and take advantage of opportunities,” Mr Hughes added.

One of the topics at the recent Global Gaming Expo (G2E) Asia 2016 in Macau was the path of development regarding electronic gaming machines in casinos. In a G2E Asia panel moderated by GGRAsia, senior executives from three equipment suppliers considered topics such as skill-based games and so-called novelty products that focus more on entertainment rather than traditional gambling.

In May last year, the state of Nevada in the United States passed a bill to allow slot machines to add a skill-based, arcade-style element. Industry professionals have told GGRAsia that skill-based games in the casino context are typically electronic gaming machines (EGMs) – often but not exclusively slot machines – where a percentage of the return to player (RTP) is reserved for a skill element during a game feature. The RTP is the theoretical percentage of all stake money that is returned over time in the form of prizes to players of an EGM, with a minimum RTP typically mandated by jurisdictional regulators.

In Asia – and even globally – “we haven’t seen a huge uptake in skill-based gaming,” said Mr Hughes.

“We’re seeing more social elements of gaming – [products involving] playing or pooling with other people – playing with formats such as electronic table games [ETGs] where your RTP is shared amongst the players – so if I [as a player] do well, you do well – but not in terms of the overall RTP being reserved for skill, which is a little surprising: I thought we would see more of that.”

He added: “Of the regulated markets – and GLI only deals with those markets – we see a lot of new categories and a lot of novelty things happening. They are all ‘under the hood’ at the moment, but I think with the new casino properties opening in the Philippines for example, they are really looking for something that hasn’t been seen before.”

Mr Hughes explained: “Some of them [the new ideas] are about how the player interacts with the devices: so we are seeing more automations [in games] and more interactions – and different ways of engaging with the player – rather than what we would see in a traditional game.”

GGRAsia asked Mr Hughes if he anticipated there would be any further updates in the Macau market either to technical standards or to the regulations governing, respectively, EGMs and ETGs, following the appointment in December of a new director of the local regulator, the Gaming Inspection and Coordination Bureau, also known by its Portuguese acronym DICJ.

Paulo Martins Chan, a former assistant public prosecutor-general in Macau, had mentioned at his swearing in as DICJ boss, the need for “an improved legal framework” for the Macau casino industry, although most commentators have understood that to be relating mainly to the junket segment.

“I haven’t noticed anything [different] from our side of things, other than a great willingness to engage,” said Mr Hughes of GLI.

GLI is one of seven gaming labs approved by the Macau regulator.

The executive added that GLI had recently had a “fantastic meeting” with the new director.

“He was very interested to hear our views and opinions on things globally, and was… engaged with us in terms of a local lab providing input; and we are looking forward to working continuously with the MPI [Macao Polytechnic Institute] and the DICJ, on giving good information to the regulator,” said Mr Hughes.

He added: “We continuously look to MPI for engineers to come on board [with GLI]. We think it’s a great partnership, and that we have a little bit of value to add there, and it will be beneficial to both sides.”

Paradise Co Ltd, an operator of foreigner-only casinos in South Korea, reported casino revenue of nearly KRW48.65 billion (US$39.8 million) for January 2023, according to a Thursday filing to the... END_OF_DOCUMENT_TOKEN_TO_BE_REPLACED