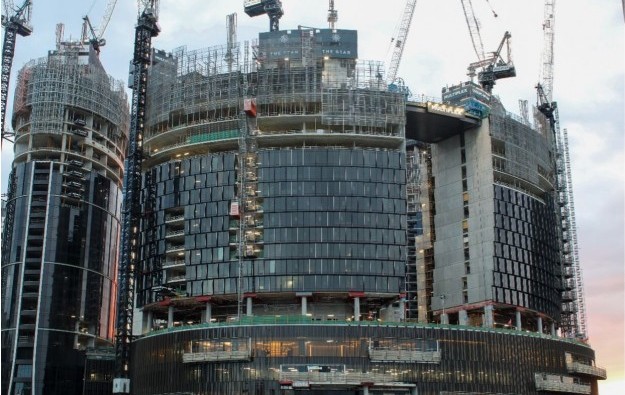 The government in the Australian state of Queensland has found The Star Entertainment Group Ltd “unsuitable” to hold casino licences there. The information was given in a Thursday statement from Shannon Fentiman, the state’s attorney-general.

The announcement followed completion of a review process that found the Australian casino operator concealed from the authorities illegitimate wager payments it obtained from Chinese patrons, and lured problem gamblers from other Australian states. The Star Entertainment said in a Thursday filing to the Australian Securities Exchange that it would consider the report’s findings and the state’s decision, and continue to cooperate with the authorities.

The company currently operates two Queensland casinos: The Treasury Brisbane and The Star Gold Coast; and is building a third, the Queen’s Wharf Brisbane scheme (pictured), with partnership from two Hong Kong-based businesses: Chow Tai Fook Enterprises Ltd, and Far East Consortium International Ltd. The latter venue is due to open in the second half of 2023.

Last month, The Star Entertainment was found unsuitable to hold a casino licence in New South Wales following an inquiry about its The Star Sydney property. The firm had at the time pleaded to continue operating under “strict supervision”.

Those included the risk that The Star Entertainment would revert to the hosting of junket operations “in the pursuit of future commercial objectives”. Also noted were the casino operator’s alleged deficiencies in its anti-money laundering practices, and an alleged lack of transparency in dealing with its banker and with its Queensland regulator.

The review made 12 recommendations on improvements to the firm’s casino operations and its regulation.

They included amending provisions in the state’s Casino Control Act to allow appointment of a special manager to increase the supervision and integrity applicable to operations. Other recommendations were: improving gambling harm minimisation by ensuring players used a “mandatory, identity-linked” card when gambling; and putting limits on cash transactions.

It was also advised that casino licensees pay a “supervision levy” as a condition of their licence, and should be required to make “reasonable endeavours” to bar those subject to casino-exclusion protocols issued by police commissioners in other Australian states.

The Queensland government said in a Thursday press release that it supported in principle all the recommendations of the Gotterson review.

The company said in its filing it was “currently considering the [review] report and the matters raised by Mr Gotterson and will continue to work cooperatively with OLGR [Office of Liquor and Gaming Regulation].”