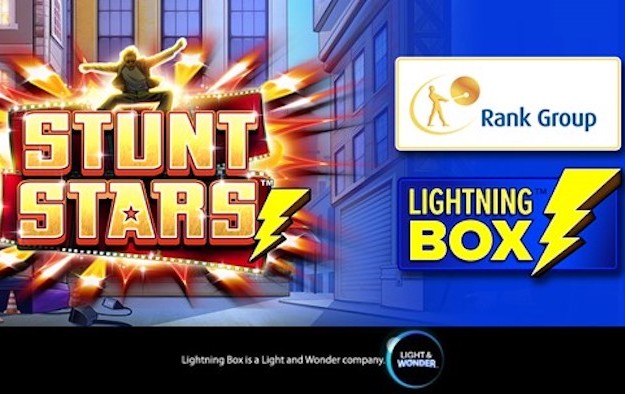 The title will be available to customers of Light & Wonder’s OpenGaming platform, stated a Wednesday press release.

Rob Procter, vice president game development at Light & Wonder, was cited as saying in the announcement: “After the success of games such as ‘Divine Stars’, we are pleased to welcome Stunt Stars to our ever-growing portfolio.

“The combination of bonuses, features, and many different ways to win gives fans the chance to try out a title which we know will be extremely popular,” he added.

The game is presented on 3×5 reels, according to the maker.

The slot game’s graphics include the card deck symbols for 10, jack, queen, king, and ace, as well as a clapper board and stunt doubles. The ‘wild’ symbol is a car, and the ‘scatter’ bonus symbol is a sky diver.

The game will be launched in the United Kingdom market and the European Union this week – via the Rank Group Plc – followed by a general release in two weeks’ time.

Lighting Box, based in Sydney, New South Wales, in Australia, was acquired by Light & Wonder’s predecessor-entity, Scientific Games Corp, in 2021.

Some Macau casinos visited by GGRAsia on Thursday, actually had tables that were closed, notwithstanding strong consumer demand during Chinese New Year (CNY). The reasons for some tables being... END_OF_DOCUMENT_TOKEN_TO_BE_REPLACED