Suncity listco says any loss of Chau support could hurt it 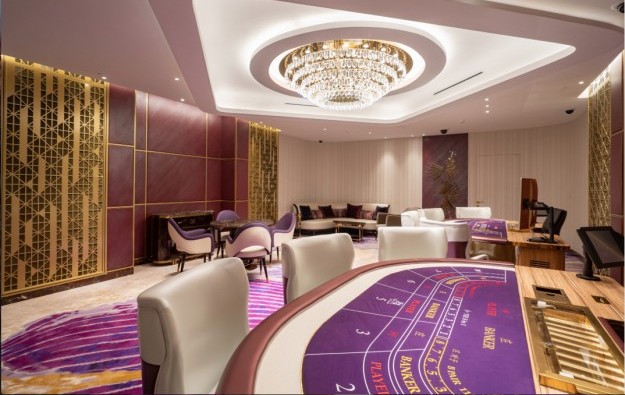 Suncity Group Holdings Ltd, a Hong Kong-listed firm controlled by detained casino junket boss Alvin Chau Cheok Wa, has warned that if it loses his financial support “for whatever reason”, its “financial position, business, and operation” would be “adversely affected”. The company has interests in several casino schemes around the Asia-Pacific region.

The firm made the announcement on Monday evening, after its stock had been suspended from trading for the whole of that day, at the company’s request. It said it had requested a resumption of trading with effect from Tuesday (November 30) at 9am.

Mr Chau is currently being held in pre-trial detention in Macau’s prison facility, under suspicion of membership of a criminal group, of illegal gambling, and of money laundering, after being detained in Macau on Saturday. On Friday, the authorities in the mainland city of Wenzhou had separately issued an arrest warrant for him, on suspicion of promotion of “cross-border gambling” to Chinese consumers.

In its first-half results published on August 31, Suncity Group Holdings had already warned of “material uncertainty” related to its ability to continue as a “going concern”, due to the modest volume of its cash flow, versus its capital commitments as of that time.

Its cash outflow was circa CNY114.5 million (US$17.9 million) in the half to June 30, and the company had a committed capital expenditure of CNY3.44 billion.

Brokerage Sanford C. Bernstein Ltd said in a Monday note offering comment on Mr Chau’s detention, that while Suncity Group Holdings did not encompass any junket business, the future of the listco “has been questionable to us in light of China’s ongoing two-year campaign against overseas gambling.” It added: “We expect negative impact on the listed company.”

Suncity Group Holdings is involved in an under-construction casino hotel at the Westside City scheme, at Entertainment City, Manila in the Philippines, through a non-wholly owned subsidiary Suntrust Home Developers Inc.

It is also an investor in a hotel and gaming business – known as Tigre de Cristal (pictured) – in Primorye, in the Russian Federation, through Hong Kong-listed Summit Ascent Holdings Ltd.

Suncity Group Holdings is also involved in a joint venture for the Hoiana casino resort in Quang Nam province, Vietnam, which opened in late June 2020.

Alvin Chau to resign from listco

In Monday’s filing, Suncity Group Holdings said Mr Chau intended to resign as its chairman and as an executive director. Summit Ascent separately said in a filing that Mr Chau also intended to resign as its chairman and non-executive director. The latter’s stock had also been voluntarily suspended from trading on Monday. It also said it would seek a return to trading from 9am on Tuesday.

Summit Ascent said that Mr Chau did “not take part in carrying out day-to-day management and operations of the group,” prior to current events, due to his non-executive role.

The two firms respectively said: “As to the allegation regarding the involvement of Tigre de Cristal in cross border gambling activities, the board would like to clarify that such allegation is untrue.”

The denial added: “None of the directors, officers or staff of any members of the group has engaged in the solicitation for customers in the People’s Republic of China for the gaming operations of Tigre de Cristal.”

The two firms added: “As at the date of this announcement, so far as the board is aware, other than Mr Chau, neither the company nor any of its subsidiaries nor any director, officer or staff of any member of the group is under any investigation and/or charges in connection” with the cross-border gambling investigation.

In its announcement, Suncity Group Holdings said: “Sun City Gaming Promotion Co Ltd, a company wholly-owned by Mr Chau, is a key supplier of hotel accommodation products to the group under its travel and related business segment.”

The listed business said the revenue it generated from sales of the hotel accommodation products supplied by Mr Chau amounted to just under CNY25.9 million for the half year to June 30, “representing approximately 17.4 percent of the total revenue from continuing operations of the group”.

In the event of Mr Chau’s entity not being to provide hotel accommodation products, and if Suncity Group Holdings were “unable to secure alternative supplies, the travel related businesses segment of the group will be adversely affected”.

Macau’s Legislative Assembly (pictured) will conduct on Monday (January 24), during a plenary session, a formal first reading of the draft bill to amend the city’s gaming law, according to a... END_OF_DOCUMENT_TOKEN_TO_BE_REPLACED