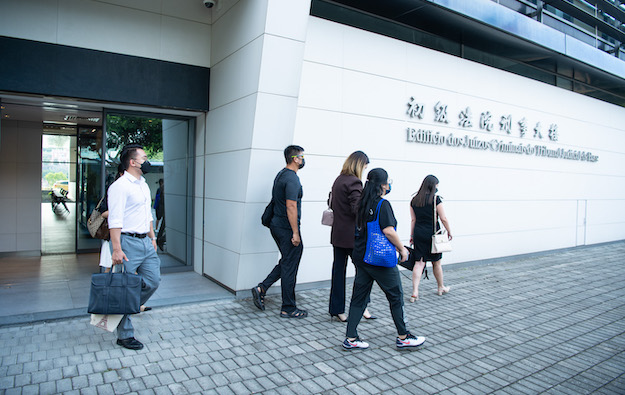 Faye Lao Cui Ji, a former accounting director of Suncity Group, told the court that a “multiplier bets group”, called “Chu Tai Ying”, was related to Suncity Group. When asked if Mr Chau owned Chu Tai Ying, Ms Lao said that it could be said that the multiplier business “belonged” to Mr Chau.

Ms Lao also testified that a monthly summary of the multiplier business would be sent to Mr Chau starting from around 2015.

Asked if she could produce any evidence to support her testimony, Ms Lao said her remarks were based on her own recollections, as there were “no documents” to show the ties between either Suncity or Mr Chau and the multiplier business.

With the multiplier, a form of ‘under-the-table’ gambling, the bet declared publicly at the casino table actually represents a wager made privately that can be a multiple many times the ‘official’ one, thus avoiding paying on the wager made privately Macau’s effective 39-percent tax rate on casino gross gaming revenue.

Macau’s Public Prosecutions Office has indicted Mr Chau and 20 other people for illegal gaming, criminal association, fraud, and money laundering. The defendants are accused of running a criminal syndicate that cheated the Macau government out of about HKD8.26 billion (US$1.05 billion) in tax revenue from 2013 to 2021, according to a copy of the indictment reviewed by GGRAsia.

One of the defendants, Cheong Chi Kin, has already admitted operational involvement in multiplier business. Mr Chau has denied any ties to ‘under-the-table’ gambling business.

Another of those accused, Ali Celestino – described in court as a former Suncity Group executive helping to run its information technology (IT) – had given evidence on Wednesday indicating a computerised setup used to record multiplier bets had been developed for Mr Cheong.