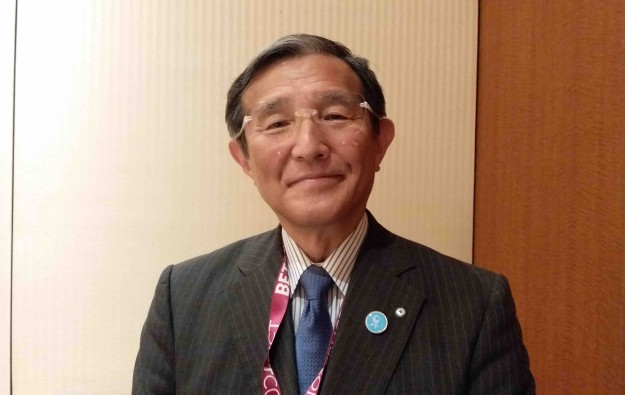 The governor of Japan’s Wakayama prefecture, Yoshinobu Nisaka (pictured in a file photo) told reporters on Wednesday it was a “bitter blow” that the prefectural assembly had that day rejected the local plan for a casino resort, which he had promoted as an economic stimulus.

He added that the effort that had gone into the plan – the first meeting of a panel of experts on integrated resorts (IRs) had been held in August 2019 –  meant it could have been the “ultimate jump start” for the economy of the city and the prefecture as a whole.

On Tuesday, a prefectural assembly special committee tasked with studying the IR proposal, had already voted 10 to five against it.

In a statement from the governor read after the ‘no’ vote of the entire assembly, Mr Nisaka said it was “no longer possible to form an engine” that would reverse Wakayama’s fortunes, where currently the “economy and employment power” were “insufficient” even despite a population that was “declining significantly” .

The governor also mentioned that – to help win over public opinion – he had “added even stricter prefectural regulations to the world’s strictest national regulations so that adverse effects such as addiction” to gambling “would not occur”.

Japanese national government spokesman Hirokazu Matsuno said on Wednesday, when asked about the Wakayama ‘no’ vote, he would “refrain from commenting on the situation of individual local governments,’ but stressed that “IRs are an important initiative for Japan to become a developed tourist destination.”

A 40-hectare (98.8-acre) artificial island known as Marina City had been earmarked for Wakayama’s plan to host an IR.

According to the IR District Development Plan, the complex was to have attracted about 6.5 million visitors annually, with an estimated economic impact of around JPY350 billion (US$2.7 billion).

But the difficulty was how the JPY470-billion scheme was going to be funded. Local political representatives repeatedly expressed concern about lack of clarity on fundraising by Wakayama’s private-sector partner, Clairvest Neem Ventures KK.

Under the applicable Japanese rules for such investment, “commitment letters” were required for certain funding elements, rather than the letters of intent that had been offered by some unidentified parties.

Mr Nisaka had said in a statement prior to Wednesday’s plenary vote, he accepted it was “not enough to issue a commitment letter format”.

Mr Nisaka added, referring to a major international bank he identified as helping to arrange the fundraising: “In my case, I think the point is that if you prove the creditworthiness of Credit Suisse and the financial strength and seriousness of the lending institution that Credit Suisse arranges, you can pass” the national government’s “examination” of the IR District Development Plan.

Gaming revenue at Paradise Co Ltd, an operator in South Korea of foreigner-only casinos, rose by 312.9 percent year-on-year, to KRW39.17 billion (US$27.6 million). But such revenue was down 22.4... END_OF_DOCUMENT_TOKEN_TO_BE_REPLACED