Bids for Macau gaming tender to be opened Sept 16 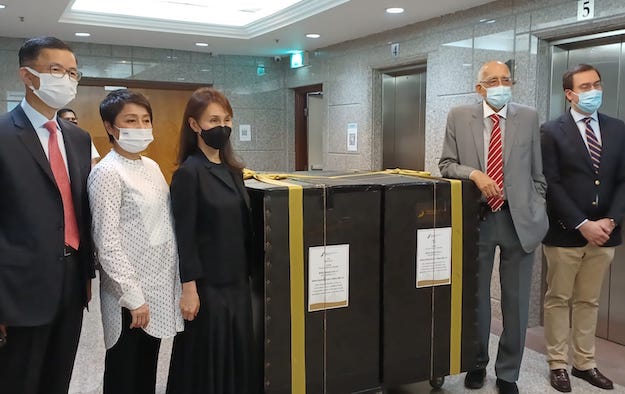 The committee overseeing Macau’s public tender for new 10-year gaming concessions will open the related bids at 10am on Friday (September 16), according to a government statement. It confirmed that a seven companies had submitted their respective bids by 5.45pm on Wednesday, a deadline specified in the tender criteria.

“Committee members, officials of the Public Prosecutions Office, and representatives of the companies submitting a bid, will attend the opening of the proposals,” said the statement.

Macau’s current six casino operators had by 3.30pm on Wednesday submitted their respective applications for the city’s public tender for new gaming rights.

DS Kim and Livy Lyu, analysts at JP Morgan Securities (Asia Pacific) Ltd, said in a Wednesday note, after the submission proposals were made: “We think it’s unlikely for a government to choose a new foreign operator over incumbents, who have invested billions of dollars and employed local staff over two decades, including in an unprecedented downturn like this.”