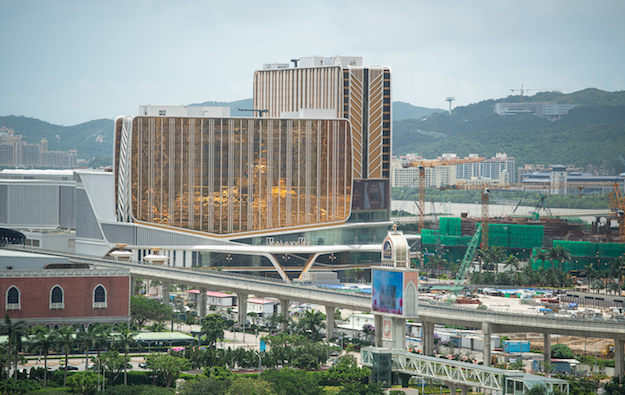 Macau-based casino operator Galaxy Entertainment Group Ltd announced on Monday that its new Galaxy Arena is to host in May two concerts by South Korean girl group Blackpink. The announcement was made via a social media post.

The 16,000-seat, multipurpuse Galaxy Arena (pictured in a file photo), part of Phase 3 of integrated resort Galaxy Macau, will open soon, said last month the management of Galaxy Entertainment. At time, the company said it would present “exciting shows”, and invite “top performers from Macau, Hong Kong, the mainland and the rest of the world to stage performances, concerts, culture and arts shows”.

Acclaimed K-pop band Blackpink is the first act confirmed for Galaxy Arena. The group will perform at the venue on May 20 and 21.

Galaxy Entertainment said in December that nearly 97 percent of the MOP28.4 billion (US$3.5 billion) it has pledged to the local government to spend under its new, 10-year gaming concession – that started on January 1 – will go to non-gaming offerings, and exploring overseas consumer markets.

The firm said previously that the launch of Phase 3 of its flagship Galaxy Macau resort in Cotai would be tied to “prevailing market conditions”.

As part of its efforts to explore overseas customer markets, Galaxy Entertainment plans to carry out new promotion plans targeting specific overseas markets, it stated last month. Such plans include “setting up overseas offices in Singapore, Thailand and South Korea and launching an array of marketing schemes, such as travel packages, in Japan, Indonesia, Malaysia, India, the Philippines and Vietnam,” stated the company.

The Macau casino market might see an improvement in the coming months, thanks to the dropping from Sunday (January 8) of most of Macau’s Covid-19-related testing and travel restrictions on inbound visitors from the Chinese mainland, Hong Kong, and Taiwan.

Some Macau casinos visited by GGRAsia on Thursday, actually had tables that were closed, notwithstanding strong consumer demand during Chinese New Year (CNY). The reasons for some tables being... END_OF_DOCUMENT_TOKEN_TO_BE_REPLACED