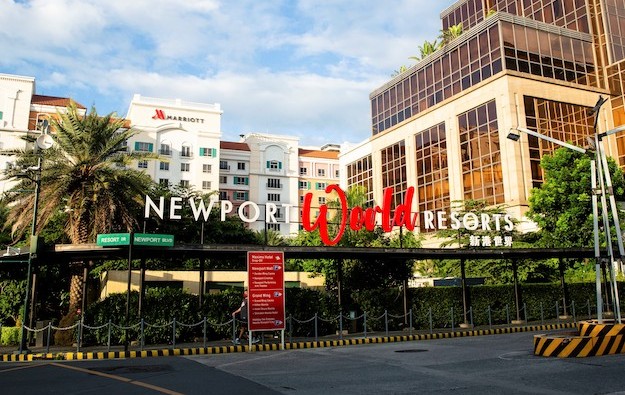 The joint provisional liquidators appointed for Genting Hong Kong Ltd are “in the process of considering” what they term “offers from potential purchasers” for the firm’s stake in the Newport World Resorts casino complex (pictured), located in the Philippine capital, Manila.

The information was disclosed in an announcement by Genting Hong Kong, filed on Wednesday with the Hong Kong Stock Exchange. The document did not provide further detail on the matter, namely whether the joint provisional liquidators had already received any proposal for Genting Hong Kong’s stake in the casino complex.

Genting Hong Kong – a casino and cruise ship operator – entered liquidation in January. The event was triggered by the insolvency of a German shipbuilding company it controlled, which in turn triggered cross default events related to financing arrangements of the group, comprising an aggregate principal amount of just over US$2.77 billion.

In its latest filing, Genting Hong Kong provided an update on the disposal process for its fleet of cruise ships. “The sale processes for these assets are at varying stages of completion,” it said.

The filing added: “Apart from [the] vessels, the other major assets of the group are its equity interest in Resorts World Manila and its interests in certain residential and hotel properties in the People’s Republic of China… Both these assets are unencumbered and the joint provisional liquidators are in the process of considering offers from potential purchasers.”

Genting Hong Kong’s stock has been suspended from the Hong Kong bourse since January 18. Joint provisional liquidators were appointed for the firm on January 20 after an application to a Bermuda court.

Alliance Global said in its latest results announcement, published on Monday, that the firm had upped its stake in Travellers International to 60 percent as of June, an increase of 10 percentage points compared to six months before.

Travellers International reported second-quarter gross gaming revenue (GGR) of PHP8.2 billion (US$147 million), up 143 percent from a year ago and an increase of 25 percent compared to the initial three months of 2022, according to Monday’s filing by Alliance Global.

Newport World Resorts – near Manila International Airport, and connected to it by a passenger bridge – opened as Resorts World Manila in 2009, and was the first of the new-generation large-scale private-sector casino resorts in the Philippine capital.

Macau’s casino gross gaming revenue (GGR) for the first five days of February is estimated at MOP1.9 billion (US$235.1 million) – or MOP380 million per day – a level that suggests a “45... END_OF_DOCUMENT_TOKEN_TO_BE_REPLACED