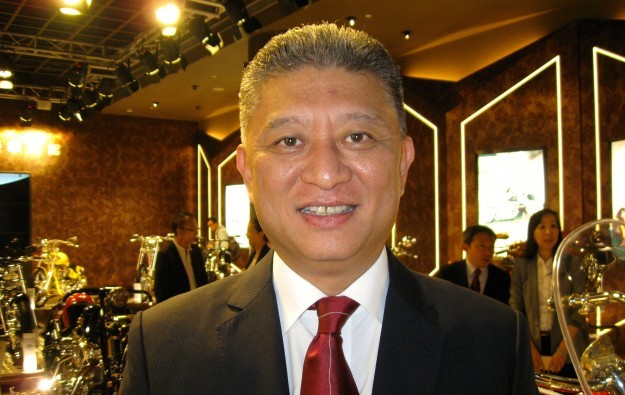 Jay Chun (pictured), chairman of the Macao Gaming Show’s organising association, told GGRAsia he was not satisfied with the trade visitor traffic at the latest edition of the event, but said it had still managed to attract quality buyers. He pledged to press ahead with next year’s show, which will mark the fifth anniversary of the regional casino industry gathering.

“I think overall, the event was still successful in the sense that it did attract quality buyers. But yes, I agree that the trade visitor traffic was not satisfactory, in particular the traffic to the non-gaming elements,” said Mr Chun, commenting on the latest show.

A number of exhibitors at this year’s event – held at the Venetian Macao casino resort – told GGRAsia that they were disappointed with the number of visitors, and in particular the number of qualified buyers: the people able to make purchasing decisions on behalf of casino operators and other customers.

The statistics relating to the 2016 edition of the Macao Gaming Show, including visitor traffic, would be published next week, Mr Chun told us.

The non-gaming elements at this year’s event, mentioned by Mr Chun, included the Macau Pavilion, an area that aimed to promote local companies engaged in cultural and creative businesses. This non-gaming feature will continue in next year’s edition, he said.

“Next year we’ll have the fifth anniversary of the Macao Gaming Show, and for that we hope to attract more attendance, more trade visitors,” Mr Chun told us. “We’ll review the show and see how we can get more support from our MGEMA members, and improve the programme for qualified buyers.”

“For the area like the non-gaming part, there has been lack of promotion. So we’ll think about how we can do better on that,” he added.

The fifth edition of the Macao Gaming Show will take place in the third week of November next year, Mr Chun noted.

Another area of concern expressed by some of the Macao Gaming Show exhibitors that approached GGRAsia was what they regarded as the high accommodation costs associated  with attending the show. The last day of the 2016 event also coincided with the first day of the annual Macau Grand Prix motor racing meeting, which typically boosts hotel occupancy in the city.

“We understand these concerns [of the exhibitors]. But this time slot that we have chosen is due to the fact this is the only period we found available space at the Venetian Macao for booking the show,” Mr Chun explained.

Explaining the thinking behind the November schedule, Mr Chun stated: “August is a month of typhoons. In September, there is a large-scale gaming show in the U.S. [Global Gaming Expo (G2E) in Las Vegas]. And in October, we have in Macau the MIF [Macao International Trade and Investment Fair]; and the business jet and yacht shows.”

He added: “There are not many time slots available where we won’t be seeing a venue clash.”

Despite the existence of a large-scale gaming show – Global Gaming Expo (G2E) Asia – annually hosted in Macau in May, Mr Chun reckoned there “is still room” for the city to host a gaming show of its own in the same calendar year.

“Also, it is important that Macao Gaming Show is in support of the MSAR Government’s initiative to diversify the types of MICE events here,” said Mr Chun, referring to the city’s authorities and to the meetings, incentives conferences and exhibitions sector.

“Macau has the biggest gaming revenue compared to the rest of the world. And the Macao Gaming Show primarily is still a trade show aimed at gaming equipment,” Mr Chun remarked to us. “For this goal [the exhibition of equipment], we’ll review our experience and hope that we can attract more vendors to put forward their latest product announcements here in future.”

China has moved one step closer towards reopening, by relaxing some its Covid-19 control measures, with most infected people now able to quarantine at home rather than in state-sanctioned... END_OF_DOCUMENT_TOKEN_TO_BE_REPLACED