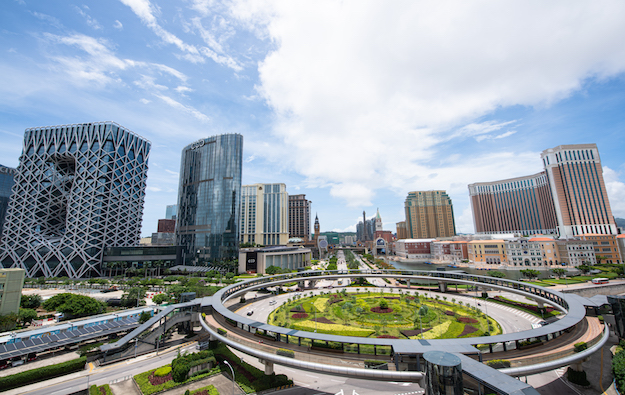 S&P Global Ratings Inc says it expects Macau’s mass-market gross gaming revenue (GGR) this year to be in the range of 60 percent to 70 percent of 2019 levels, i.e., before the onset of the Covid-19 pandemic. Its latest estimate followed China’s “rapid shift away from its zero-Covid-19 policy stance” in December 2022, it said in a recently-issued update.

In late December, the Chinese authorities announced the resumption from January 8 of processing for outbound travel permits and passports. They also announced that quarantine rules would be dropped for travellers arriving in China from overseas.

The average daily number of visitor arrivals to Macau in the first three days after the city cancelled most of its travel restrictions related to the Covid-19 pandemic, stood at about 36,500. In the period running from Sunday (January 8) to Tuesday (January 10), Macau recorded a total of 109,386 visitor arrivals, showed official data.

“In December 2022, China and Macau shifted away from their prior zero-Covid-19 policy stance, relaxing travel restrictions, including testing and quarantine requirements,” said the ratings agency.

S&P had been expecting an easing only “in the second quarter” this year, and that such relaxation “would be gradual”. But the actual “rapid shift away” from the country’s ‘zero-Covid’ policy “should support Macau’s gross gaming revenue recovery in 2023,” it stated.

For the first eight days of 2023, JP Morgan Securities (Asia Pacific) Ltd estimated Macau casino GGR at MOP2.1 billion (US$261.1 million), “implying circa MOP260 million per day”. That, according to the brokerage, was more than double the daily average achieved in the fourth quarter of 2022.

S&P said in its recent update, it believed Macau’s GGR “could improve more sustainably, assuming the current virus wave begins to subside over the coming weeks”. That was a reference to widespread community infection – in Macau and in mainland China – reported from late December, following the easing of protocols.

“We expect the recovery could be gradual in the first few months, as high caseloads in China could make people reluctant to venture out at least initially,” the institution added. “However, we believe the recovery in mass GGR could accelerate more significantly in the second half of the year (to above 80 percent of 2019 levels) based on the recovery we have observed in other gaming markets like Las Vegas and Singapore.”

S&P also provided updates on the ratings of some casino firms with Macau operations. The agency removed those companies from credit watch ‘negative’, but retained a ‘negative’ outlook on them.

The institution affirmed the ‘BB+’ issuer credit ratings on U.S.-based casino operator Las Vegas Sands Corp, including that of Macau unit Sands China Ltd. S&P’s Macau GGR update implies that Las Vegas Sands’ leverage “will end 2023 around our 4.5 times downgrade threshold, but be below our downgrade threshold on an earnings before interest, taxation, depreciation and amortisation (EBITDA) run-rate basis”.

S&P also affirmed the ratings of two of Melco Resorts and Entertainment Ltd’s operating subsidiaries: Melco Resorts (Macau) Ltd, the entity that holds the Macau concession, at ‘BB-’; and Studio City Co Ltd at ‘B+’. The agency’s Macau GGR forecast implies that the leverage of Melco Resorts “could fall to below the 4.5 times downgrade threshold by late 2023 to early 2024 on an EBITDA run-rate basis”.

The institution also affirmed the ‘B+’ issuer credit ratings on U.S.-based Wynn Resorts Ltd, and its unit Wynn Macau Ltd. It said it expected that the Wynn group “could reduce leverage below our 7 times downgrade threshold by late 2023 to early 2024 on an EBITDA run-rate basis”.

The award of new, 10-year concessions in Macau “eliminated licensing uncertainty,” stated S&P, but the investments pledged by the casino operators “could slow deleveraging”.

Some Macau casinos visited by GGRAsia on Thursday, actually had tables that were closed, notwithstanding strong consumer demand during Chinese New Year (CNY). The reasons for some tables being... END_OF_DOCUMENT_TOKEN_TO_BE_REPLACED