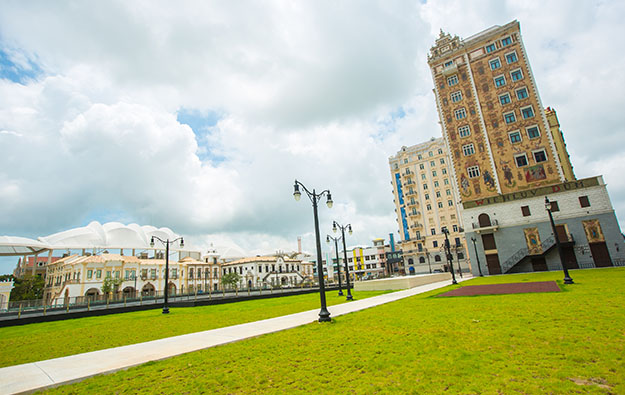 Gaming and hotel services firm Macau Legend Development Ltd reported a first-half net loss of HKD485.5 million (US$61.9 million), on revenue that rose by 3.1 percent year-on-year, to HKD543.8 million. The half-year loss compared to a loss of HKD688.6 million in the first six months of 2021.

Macau Legend flagged in its latest interim report the “existence of material uncertainties” that “may cast significant doubt over the group’s ability to continue as a going concern.” That included the breaching of “certain loan covenant clauses” during the reporting period, it added.

“As at 30 June 2022, the group had breached certain loan covenant clauses,” stated Macau Legend. “These non-compliances constituted events of default, such that Luso International Banking Ltd and CMB Wing Lung Bank Ltd – Macau Branch may exercise their rights to serve notice to demand immediate repayment of all outstanding bank borrowings including interest,” it added.

The company said that bank borrowings in the amount of just below HKD2.14 million had been “reclassified as current liabilities” in the group’s consolidated statement.

“The group has been actively negotiating with the banks to further amend the covenants and/or grant further waiver to the group from compliance of the covenants,” it added.

Macau Legend had net current liabilities of just above HKD3.25 billion as of June 30, and total bank borrowings of about HKD2.37 billion, of which HKD237 million “will be due for repayment within the next 12 months from the reporting date”.

The company had “cash and cash equivalents” that amounted to HKD66 million as of June-end, it added.

The “going concern” was also highlighted by Macau Legend’s auditor in the firm’s interim report.

The auditor stated that the “validity of the going concern” depended on the outcome of the measures taken by Macau Legend, “which are subject to multiple uncertainties.” These included: continuous credit facilities being made available by the banks; obtaining the banks’ agreement for further amendment of the covenants and/or granting a waiver on the breach of loan covenants and extension for repayment of bank borrowings; and the successful and timely completion of the group’s divestment plan.

Macau Legend said in the report that if it failed to implement the necessary measures, “adjustments may have to be made to write down the values of assets to their recoverable amounts.”

In August, a unit of Macau Legend disposed of bank bonds with an aggregate principal of HKD200 million, with the proceeds to be used for the group’s working capital.

The company also said it was “considering … other divestment transactions” regarding its equity investments, “with a view to improve the group’s working capital position.” It added that it had implemented “various mitigating measures”, including a “cost control programme to minimise the cash outflow of non-essential items.”

In August – outside the period covered by the report – Macau Legend said David Chow Kam Fai had exited its board of directors. His wife, Melinda Chan Mei Yi, remains chief executive of the company. Earlier that same month, Ms Chan had confirmed to GGRAsia that the group had stopped all casino promotion-related activities regarding its Macau Fisherman’s Wharf complex, near the Outer Harbour Ferry Terminal.

Macau Legend has recently been roiled by other events. Levo Chan Weng Lin, former boss of Macau junket brand Tak Chun and a former chief executive of Macau Legend, was detained in Macau in January, on suspicion of illegal running of gambling operations and money laundering. The allegations were understood to relate to his junket activities. Nonetheless, he resigned from his Macau Legend role soon after. His trial is scheduled to start on December 5.

Macau’s casino gross gaming revenue (GGR) for the first five days of February is estimated at MOP1.9 billion (US$235.1 million) – or MOP380 million per day – a level that suggests a “45... END_OF_DOCUMENT_TOKEN_TO_BE_REPLACED