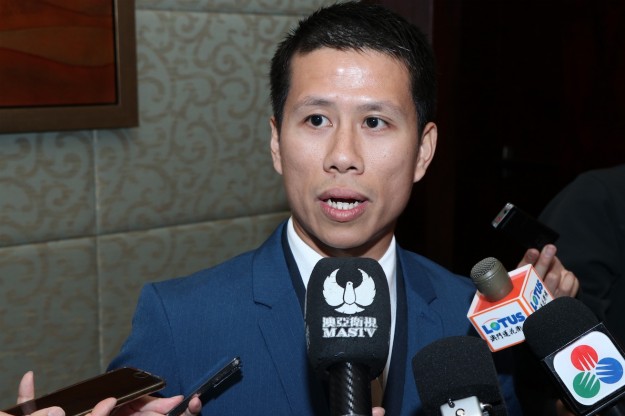 Gaming and hotel services firm Macau Legend Development Ltd says Tsang Ka Hung (pictured in a file photo) has stepped down as the firm’s chief financial officer (CFO), and as an executive director and the company secretary. The resignation took effect from Monday (October 31), stated the company in a filing that day to the Hong Kong Stock Exchange.

Mr Tsang resigned in order to pursue other “career development opportunities,” said the company. “The board would like to take this opportunity to express its gratitude and appreciation to Mr Tsang for his contributions to the company during his tenure of services,” it added.

On Monday, Macau Legend said that following the resignation of Mr Tsang as the company secretary and authorised representative, the firm “will not be able to meet the requirements” under the listing rules of the Hong Kong bourse.

“In view of this, the company will identify a suitable candidate to fill the vacancy of the company secretary and the authorised representative as soon as practicable in accordance with the requirements of the listing rules,” it added.

Macau Legend flagged in its latest interim report the “existence of material uncertainties” that “may cast significant doubt over the group’s ability to continue as a going concern.” That included the breaching of “certain loan covenant clauses” during the reporting period, it added.

Macau Legend has recently been roiled by events linked to the arrest earlier this year of Mr Chan, former chief executive of the company. He was detained in Macau in January, on suspicion of illegal running of gambling operations and money laundering. The allegations were understood to relate to his junket activities. Nonetheless, he resigned from his Macau Legend role soon after. His trial is scheduled to start on December 5.