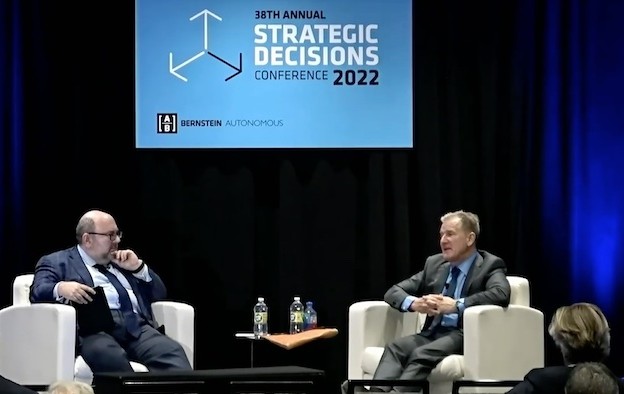 Robert Goldstein, the boss of casino group Las Vegas Sands Corp, hinted on Wednesday that all six Macau casino operators would get fresh rights in that market, after the current ones expire this year. He had been asked about whether he had any concerns about the firm’s future in Macau, including proposed regulatory changes under the city’s gaming law amendment.

Mr Goldstein, chairman and chief executive of Las Vegas Sands, parent of Macao operator Sands China Ltd, replied: “I don’t think we should be concerned about the nuance of the gaming law. If anything, it’s getting better for the operators. I think it’s very favourable, and we shouldn’t complain. Everyone gets a [new] licence; life goes on.”

“The licence issue – which was a big issue a year or two ago – it’s much more comfortable today for all us – for every licensee,” he added.

The Las Vegas Sands chairman was asked about the choppy nature of market recovery in Macau, amid Covid-19 countermeasures. Macau’s casino gross gaming revenue for May was down 68.0 percent from the MOP10.45 billion (US$1.3 billion) achieved even in May 2021.

He stated: “I think the government has done a good job, and the government has provided us with a lot of guidance. I won’t publicly talk about what’s happening in the inner circle, but I think all the operators have been rewarded for their patience and persistence, going through this whole thing.”

“That ‘switch’ will go on, when it goes on. We can’t predict. We have … experienced 24 months of confusion and frustration,” he added.

The Las Vegas Sands CEO said the group was still committed to reinvestment in Macau, after revamping a number of properties in its portfolio. “We will be doing the Sands [Macao] in downtown at some point, we hopefully will be adding some capacity,” he stated.

‘Unthinkable’ for Macau not to rebound

During the dialogue, the casino group chairman asserted: “I may sound like a crazy optimist, but I think Macau’s best days are ahead of it, and we are going to make an awful lot of money in Macau in years to come.”

When asked about market commentary suggesting some formerly-frequent visitors to Macau might be being denied exit visas from the mainland by the authorities there, Mr Goldstein stated: “I think the visa concerns… are tied to Covid and the general belief that it’s not the right time to travel outside of borders of China. I think that [visa issue] all goes away once the Covid issue is resolved.”

He added the local authorities wanted a “well-run, well disciplined, well-regulated market, with lots of investment, and there will be lots of growth in Macau for those who play the game properly.”

Mr Goldstein also said: “I’m a huge believer in China, and the resurrection of the market.” The idea that Macau was “not going to come back in a big way, was unthinkable,” he suggested.

The Las Vegas Sands chairman was also quizzed about the recovery of the Singapore tourism market, where the group runs the Marina Bay Sands resort, as one half of a duopoly casino industry. Singapore has seen inbound travel rules eased from April 1, and Mr Goldstein had made bullish comments on the city-state during the group’s second-quarter earnings call.

“Our Singapore business is going to be fine, more than fine,” Mr Goldstein told the audience at Wednesday’s investment conference.

But what he termed “air lift” inbound to Singapore was “still a challenge” due to the smaller number of flights relative to pre-pandemic trading, and the challenge faced by the tourism sector in its restaffing efforts. Though Mr Goldstein said that at Marina Bays Sands “we did not fire any employees” during the crisis.

The group said recently it was seeking to fill 2,000 job vacancies at Marina Bay Sands.

Mainland China and Hong Kong customers had been “important” for Marina Bay Sands pre-Covid, but “I believe we can return to pre-Covid numbers” in Singapore, “before China fully opens,” stated Mr Goldstein.

He also recapped some company commentary regarding a US$1-billion rejig of hotel space in its Singapore operation, aside from a SGD4.5-billion (US$3.3-billion) pledge to the Singapore authorities, to expand the complex.

Pre-pandemic, the firm had a setup to cater for VIPs and mass-market players, but now wanted to appeal to affluent mid-market people – referred to in industry jargon as “premium mass”.

“We built suites for high rollers and we built [standard] rooms,” said Mr Goldstein. Now, “we need to be in the middle” of the market, “with premium mass suites, and we are reconfiguring our building right now, to address that”.

The executive said the parent group had no regrets about disposing of its Las Vegas, Nevada resorts in the United States, despite the early recovery of that market. The total consideration was US$6.25 billion.

He said there were “limitations to how much you make there”, relative to Macau and Singapore, where the group had “moat assets,” because they were licence-limited markets.

The stock prices of Hong Kong-listed firms directly linked to Macau casino operations rose in Monday trading, following the Saturday announcement that the six incumbent licensees had each been... END_OF_DOCUMENT_TOKEN_TO_BE_REPLACED