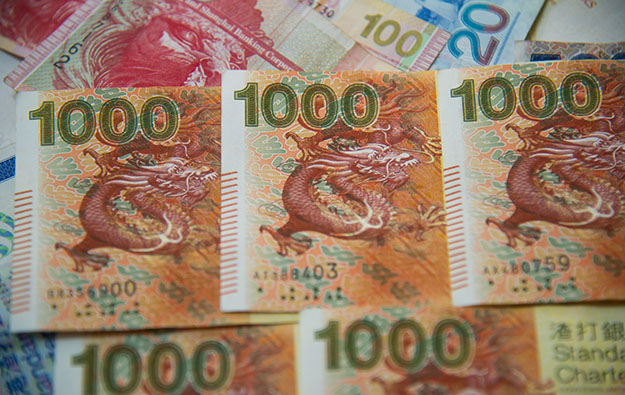 Macau casino operators could collectively be responsible for as much as HKD50 billion (US$6.37 billion) of an estimated HKD100-billion of “unfulfilled liability” and “uncollected debt” left behind after the Suncity Group and Tak Chun junket brands were “abruptly shut down”, says a Thursday note from Credit Suisse (Hong Kong) Ltd.

“While casinos may not immediately make such provisions until the claim arises, this is a material tail risk investors should consider,” said the bank.

Credit Suisse said the two junket brands accounted for about “72 percent VIP market share” in Macau. After the high-profile arrests, the operations of both Suncity Group and Tak Chun were suspended, “and many other junkets followed suit,” added the bank.

“Their operations shut down abruptly, leaving behind a lot of uncollected debt and unfulfilled liability. As the junket business is closed, naturally, those who owe money – junket account receivables – to the junket will not repay their debt, leaving behind a massive account payable due to the agents,” stated Credit Suisse analysts Kenneth Fong, Lok Kan Chan, and Sardonna Fong.

Two decisions by the Macau courts – one in November relating to junket deposit liability for operator Wynn Macau Ltd, and another involving MGM China Holdings Ltd in February – indicated it was “highly likely that casinos need to bear the losses if the agents bring that to the court,” said Credit Suisse.

“Among the operators, we learn that SJM had cleared up all its liability with [Macau] Gold[en] Group – a 5 to 6 percent market share” of Macau VIP “before its closure,” said the Credit Suisse team. Macau Golden Group ceased its Macau junket operations on March 30.

“But there is just not enough time for the rest, such as Suncity and Tak Chun, after the sudden closure,” said the analysts.

The institution said its HKD50 billion liability estimate for the operators was based on what it termed a “50 percent haircut” on the total likely industry-wide liability of HKD100 billion.

The reduced figures were due to the fact “some agents are unable to travel to Macau” to try to reclaim money, some in likelihood “lack sufficient documentation”, and “some agents recovered some money over the past two years”.

Credit Suisse also said in its view the Macau government had been in a position to “recover a small amount of cash in Macau” before the cessation of collaboration between junkets and operators.