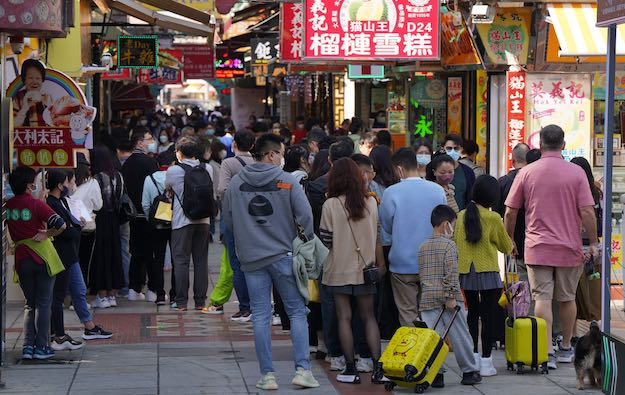 Macau recorded on Thursday (January 12) its highest daily total of visitor arrivals since a local Covid-19 outbreak in mid-June last year, according to data released by the Macao Government Tourism Office (MGTO). Thursday’s tally stood at 40,643 arrivals, a jump of 160.1 percent compared to the daily average number of visitor arrivals recorded in full-2022, stated the tourism office.

Of the visitors that entered Macau on Thursday, a total of 32,148 was from mainland China and 7,345 were from Hong Kong.

Macau cancelled with effect from January 8 most of its travel restrictions related to the Covid-19 pandemic, dropping all testing requirements for inbound travellers from mainland China, Hong Kong and Taiwan. The authorities on the Chinese mainland also substantially eased from January 8 travel restrictions with Hong Kong and Macau, with most Covid-19 controls scrapped.

Around 998,000 mainland residents have so far applied for entry permits to either Hong Kong or Macau since the Chinese authorities eased their zero-Covid policy, the South China Morning Post newspaper reported on Friday, quoting Liu Haitao, director general of the National Immigration Administration’s department of frontier inspection and management.

Macau’s daily tally of visitors already had reached close to 40,000 on Sunday, the first day after most Covid-19 travel restrictions were dropped.

Macau is gradually resuming a number of transport services between the city and Hong Kong, as well as connections to cities in mainland China. Ferry services between the Outer Harbour Ferry Terminal on Macau peninsula and the Hong Kong-Macau Ferry Terminal in Sheung Wan, in Hong Kong’s Central district, are set to restart on January 19. In a first phase, 10 round trips per day in aggregate will be available.

MGTO stated in its Friday press release that the number of visitor arrivals to Macau were “expected to keep rising”, coinciding with the Chinese New Year holiday period.

MGTO deputy director Cheng Wai Tong had said on Thursday the bureau expected daily visitor volume to the city during the seven days of the upcoming Chinese New Year holiday could reach 40,000 to 50,000 arrivals.

China’s State Council has designated the holiday period for mainland residents as January 21 to January 27 inclusive. The festive break in Hong Kong is designated as running from January 23 to January 25.

According to Chinese-language newspaper Macao Daily News, local carrier Air Macau plans to operate a total of 385 flights between Macau and 18 cities in mainland China during January 22 to January 31, coinciding with the Chinese New Year break. The total flight figure represents about 80 percent of the volume of flights operated by Air Macau during the comparable holiday period in 2019, prior to the onset of the Covid-19 pandemic, reported the outlet.

A survey by GGRAsia indicates that most hotels at casino resorts in the city’s Cotai district are already sold out for the Chinese New Year period, though a hotel trade representative noted it was possible that not all the room inventory of the venues would be available to the market, due to factors including staff shortages due either to Covid-19 infections, or a reduction in the sector’s labour force during the three years of pandemic alert and tourism market shrinkage.

Inbound travellers from Hong Kong that stay at least one night in Macau are currently being offered a free journey back to Hong Kong via either bus or ferry. The promotion applies to “Hong Kong residents” for any one visit made until March 31 inclusive and is part of a campaign sponsored by MGTO.

The South China Morning Post reported that the promotion had led “hundreds” of people in Hong Kong to spent as long as four hours on Friday lining up to buy tickets to Macau to enjoy the campaign, which started on that day.

Some Macau casinos visited by GGRAsia on Thursday, actually had tables that were closed, notwithstanding strong consumer demand during Chinese New Year (CNY). The reasons for some tables being... END_OF_DOCUMENT_TOKEN_TO_BE_REPLACED