SJM able to deleverage once GLP ramps up: Fitch 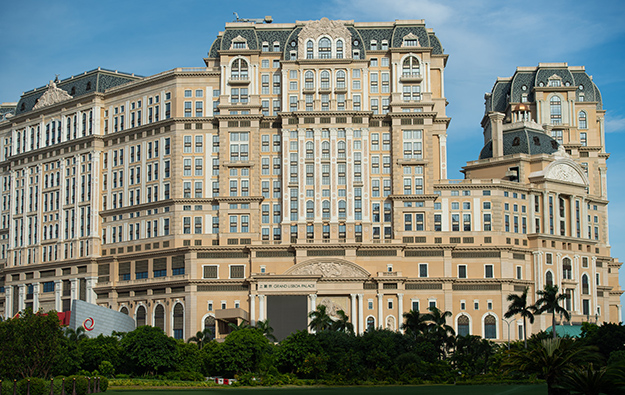 The rating on outstanding notes issued by a subsidiary, Champion Path Holdings Ltd, has also been affirmed at ‘BB-’. A ‘BB’ rating indicates a “speculative grade” of investment, according to Fitch’s definitions.

“Fitch has removed the rating watch negative for all of the ratings after the official award of a new, 10-year gaming concession in Macau on 16 December 2022, with reasonable terms and commitments, in our opinion,” wrote analysts Samuel Hui, Wendi Wu and Tyran Kam.

The financial institution said it continued to forecast SJM Holdings’ gross leverage metrics would return to within the ‘BB-’ threshold by 2025, “assuming a successful ramp-up of its Grand Lisboa Palace (GLP) resort”.

Fitch said it expected Grand Lisboa Palace to “take time to ramp up” after its opening in July 2021.

“We forecast gross leverage of 9.9 times and 4.4 times in 2024 and 2025, respectively. We believe SJM Holdings is willing and able to deleverage further in the longer term once Grand Lisboa Palace ramps up, as the company had been maintaining a strong balance sheet, with a net cash position until 2019,” the ratings agency stated.

Fitch added that the removal of the “concession overhang” in Macau “eliminates a material credit risk” for SJM Holdings, but the financial institution stated that “uncertainty” remained over a recovery in GGR and visitor arrivals into Macau, “despite recent positive developments”. In mid-December, SJM Holdings and the other five incumbent operators signed new, 10-year gaming concession contracts with the Macau government, following a public tender.

“We believe there is potential pent-up demand for gaming and leisure-oriented activities in Macau following nearly three years of pandemic restrictions for mainland Chinese gamblers,” said the Fitch team.

Macau saw a total of 39,643 visitor arrivals on Sunday (January 8), with more than half the tally entering the city via the Border Gate land crossing with neighbouring Zhuhai, according to data released by Macau’s Public Security Police.

Sunday’s spike in visitor arrivals coincided with Macau’s decision to cancel with effect from January 8 most of its travel restrictions related to the Covid-19 pandemic, dropping all testing requirements for inbound travellers from mainland China, Hong Kong and Taiwan. The authorities on the Chinese mainland also substantially eased from Sunday travel restrictions with Hong Kong and Macau, with most Covid-19 controls scrapped.

“The recent easing of travel restrictions and Covid-19 protocols by the Chinese, Macau and Hong Kong governments is a positive development, but its impact on Macau’s operating performance will be more meaningful by mid-2023 given the rapidly increasing number of Covid-19 cases in China,” said the analysts.

They added: “China and Macau’s exit from a ‘zero Covid’ policy is also still at a nascent stage and it is unclear how economic and other policies will respond during this critical transition period.”

Some Macau casinos visited by GGRAsia on Thursday, actually had tables that were closed, notwithstanding strong consumer demand during Chinese New Year (CNY). The reasons for some tables being... END_OF_DOCUMENT_TOKEN_TO_BE_REPLACED