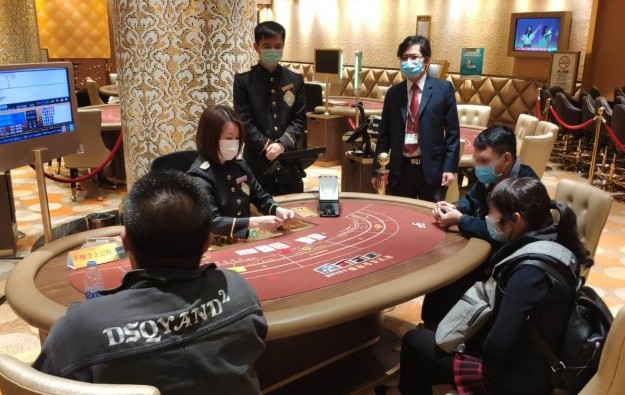 Concerns of lingering unpaid-leave arrangements now worry many Macau casino resort workers, remarked respectively a local gaming labour activist, and a legislator representing the labour sector, as the city’s gaming market is estimated to have suffered a slump in gross gaming revenue amid a Covid-19 alert followed by mass testing, after a local family of four were confirmed last week as infected with the Delta variant of the virus.

Cloee Chao Sao Fong, a labour activist, told GGRAsia that she was aware that at least two of Macau’s six gaming operators had not pushed for unpaid leave among their gaming workers in July.  In that month, the city’s tourism market was picking up momentum again in terms of visitor numbers from the mainland.

The unpaid leave system is described by respective casino operator managements as optional, and has been in use since the onset of the pandemic last year, noted Ms Chao.

“Actually, during the past 12 months, the unpaid leave arrangement was put on hold by the operators whenever there was more player traffic returning to the gaming floors, such as in October last year,” said Ms Chao. She added this was based on feedback from gaming workers mostly employed at entry- and mid-level positions in the gaming operation departments of Macau’s casino companies.

Ms Chao, known to the public for heading the New Macau Gaming Staff Rights Association, also works for one of Macau’s gaming operators.

She remarked to GGRAsia: “But now, from what we’ve seen in the past few days, there were only very few players at the [gaming] tables…we really don’t have much work assigned to do at the casino.”

“We’ve already received feedback from several of our [gaming worker] members that the unpaid leave arrangement is to stay, though it still remains as a voluntary option for them to apply for,” said the legislator affiliated with the city’s traditionalist labour group.

“Even for the workers employed in non-gaming services, especially those in food and beverage services, they are facing an unpaid leave arrangement,” Mr Leong added.

GGRAsia has approached the city’s six casino operators for comments on their unpaid leave policy, but had not received respective replies by the time this story went online.

Some non-gaming facilities, including a number of food and drink outlets, have been closed for the time being at several Macau casino resorts, according to announcements made last week on the respective websites of the gaming operators. Some of those closures are additional to what was mandated in an executive order from the government, effective from after the stroke of midnight on August 5.

Macau’s casino gross gaming revenue (GGR) for the first five days of February is estimated at MOP1.9 billion (US$235.1 million) – or MOP380 million per day – a level that suggests a “45... END_OF_DOCUMENT_TOKEN_TO_BE_REPLACED