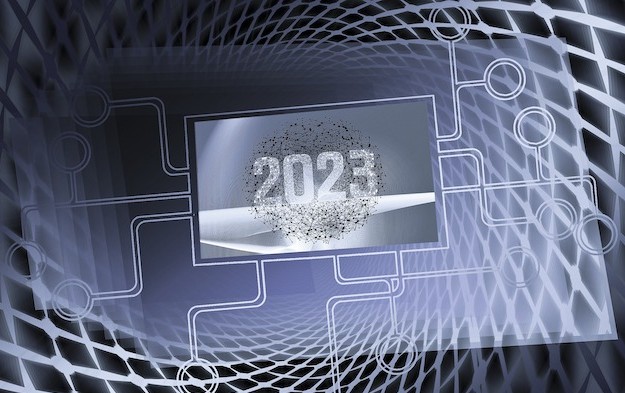 The ‘reopening’ of China in terms of outbound travel for its citizens, after three years of stringent controls due to Covid-19 containment, will be a key factor in 2023 for the Asia Pacific casino sector, says a number of industry commentators spoken to by GGRAsia.

Some mention not only what it might mean for Macau, after multiple quarters of low or negative earnings before interest, taxation, depreciation and amortisation (EBITDA); but also what it might mean for the rest of the region, where many casino operators had – up to 2019 – expected to enjoy strong business from wealthy Chinese players.

Also on the radar for 2023 are Japan and Thailand. Some voices have in the past been critical of what they perceive as Japan’s overly ponderous and bureaucratic approach to casino legalisation and development. More sympathetic voices suggest it is just Japan being Japan: thorough and demanding of would-be industry commercial partners on a variety of topics, including probity and responsible gambling.

Thailand’s possibilities were mentioned by several of the commentators.

Regarding China’s reopening, “it remains unclear how many VIP and mass Chinese players will return to Asian markets,” beyond Macau, “given the economic downturn and the Chinese government’s crackdown on overseas gambling and tightening of money outflows from the country,” said Fredric Gushin, managing director at gaming industry consultancy Spectrum Gaming Group LLC, in comments to GGRAsia.

Several commentators draw attention to the idea that constraints on Chinese consumer spending – and the caution neighbouring Asia-Pacific nations have displayed towards each other during the pandemic – will not magically disappear, even if the worst of the crisis is over.

“The pandemic and more importantly, the varying control measures over the course of it, may have had some profound impacts on China’s economy, which is likely to change its people’s lifestyle, especially in terms of their propensity, frequency… spend, [and] budget for gaming activities,” said Michael Zhu, senior vice president for international operations planning and analysis at industry consultancy The Innovation Group, in his remarks to GGRAsia.

“This holds true for Macau and other gaming jurisdictions in the Asia-Pacific region,” he added.

In the immediate aftermath of the pandemic’s grip on China and the wider Asia-Pacific region, “’there will be adjustments not only on travel and consumer behaviour, but on regional policy collaboration,” suggested scholar Glenn McCartney, in his comments to GGRAsia.

In November it was announced that Vietnam and China had agreed to cooperate on security-enforcement issues, including against organisation of “cross-border” gambling.

Just as China has been putting pressure on its citizens not to go to bricks and mortar casinos overseas, so it has been addressing the issue of offshore online gambling services targeting its citizens.

Spectrum Gaming’s Mr Gushin thinks that in 2023 in Asia-Pacific, “online gaming will face increased scrutiny and various jurisdictions will push back on what the industry calls ‘grey’ area gaming”. That is usually understood to be the sometimes hazy line between either skill-based games or token-based social games on one side, and real-money betting games of chance on the other side. The latter is a common catch-all phrase to cover casino games.

Nonetheless, “the undisputed key to the future of the Asia-Pacific gaming industry is the same as it has been for the past two years; the return of players from mainland China,” suggested Joji Kokuyro, managing director of Japan-based industry consultancy Bay City Ventures Ltd, in his overview for GGRAsia.

Mr Kokuryo made reference to regulatory changes – and in some cases tightening of scrutiny – which in his view would mean a recovering market would be operating within a different environment from the pre-pandemic one.

“Big changes in business operations for markets such as Macau and Australia, as well as increased Chinese government regulations, ensure that hurdles [to success] will be much higher than the pre-Covid days,” he stated.

“How open and prepared each gaming market and operator is to welcome back these customers will shape the landscape of the APEC gaming industry for years to come,” he added, referring to a club of 21 Asia-Pacific economies.

The turn of mass

Mr McCartney suggested that although there was a widespread assumption there is “pent-up” demand for outbound travel among mainland China consumers; in his view operators and investors would be “watching” for any signs of “travel leisure spending changes,” under the new situation.

From the perspective of Mr Gushin from Spectrum Gaming, that could manifest itself via a much more mass-market skewed customer base.

Attention on the mass market within the Macau industry and in the wider region, could bring operators to focus more on in-depth study of players and on maximising their value, said Mr McCartney, associate professor in integrated resort and tourism management at the University of Macau, and managing partner at consultancy Insights Unlimited.

“Given the advancement of technology” during the three years of the pandemic, “there could be a greater focus on data analytics,” he noted.

In the wider region, 2023 would be marked by the Japan Casino Regulatory Commission’s work, including to “launch probity and suitability investigations for the IRs [integrated resorts] in Osaka and Nagasaki,” said Mr Gushin, referring to two proposed resorts still being separately assessed by the national government.

The Spectrum Gaming boss also noted that “Thailand will likely legalise casino gaming after parliamentary elections some time in the spring, but their efforts to effectively regulate gaming will be an open issue”.

International casino operator Las Vegas Sands Corp has been ranked as the most sustainable firm in the global casino sector, according to the 2023 edition of the S&P Global Sustainability... END_OF_DOCUMENT_TOKEN_TO_BE_REPLACED