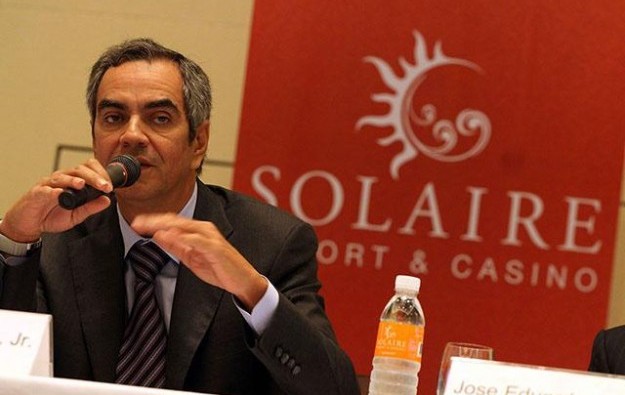 Two sets of entrepreneurs with casino investments are among the top three on the list of the wealthiest people in the Philippines, as compiled by Forbes. Another casino-related name makes the top 10.

The Sy siblings, heirs to the group built by the late Henry Sy Sr, retain the top spot on the “Philippines’ 50 Richest”, but their combined net worth fell by US$4 billion to US$12.6 billion, the biggest drop in dollar terms.

The City of Dreams Manila casino resort – run by a unit of Melco Resorts and Entertainment Ltd – was developed in cooperation with Premium Leisure Corp, a subsidiary of Belle Corp, a gaming and real estate entity controlled by the Sy family. Belle Corp’s casino revenue generated from its share of gaming business at City of Dreams Manila rose 20.5 percent year-on-year in the first half this year.

At number three on the rich list is ports tycoon Enrique Razon Jr (pictured), though his net worth is down slightly, to US$5.6 billion.

The Philippine domestic market for casino gambling has boomed recently, according to industry commentators. The country has also reopened to foreign tourism, following a pause during the Covid-19 pandemic. Bloomberry Resorts’ second-quarter net income more than doubled sequentially, said the firm in a Monday filing to the Philippine Stock Exchange.

The group is already building another gaming property on the outskirts of Manila, at Quezon City. Solaire Resort North might be completed by the fourth quarter, 2023.

Bloomberry Resorts also announced in May a proposal for a seaside casino property to the southwest of Manila, at Paniman, a coastal community in Cavite.

In 10th spot on Forbes’ list, down two positions from 2021, is Andrew Tan, who chairs Alliance Global Inc, with an estimated US$2.4 billion.

Ranked 24th, with US$810 million, is Dennis Uy, up three spots from last year. His conglomerate Udenna Corp, is the parent of Philippine casino developer PH Resorts Group Holdings Inc, which is developing Emerald Bay Resort Hotel and Casino in Cebu, due to be completed in the first quarter of 2023.